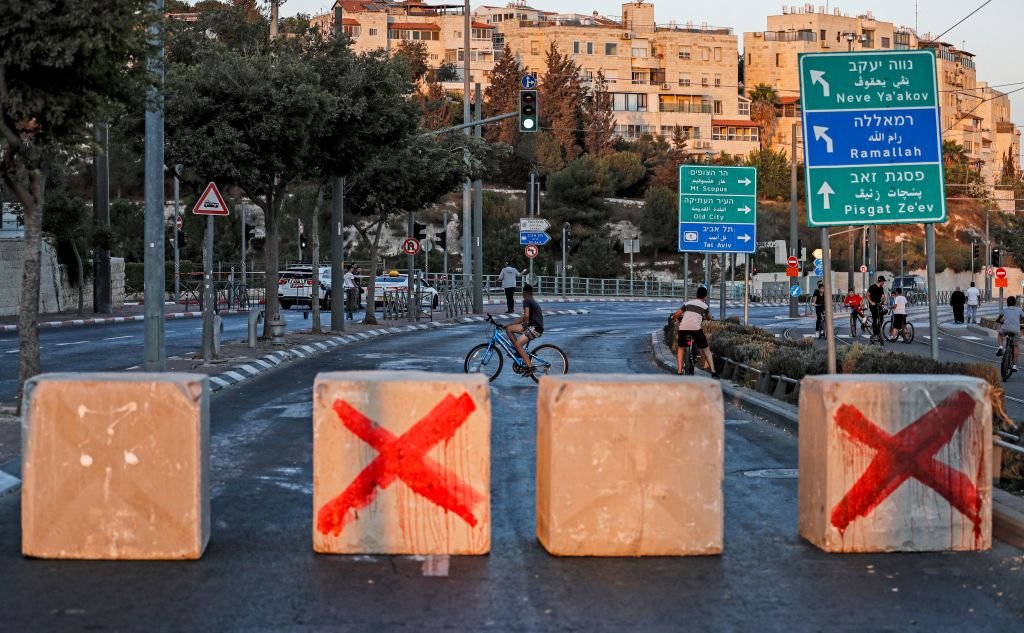 “Total closure days” are days on which Palestinians with Palestinian Authority (PA) ID cards are not allowed to enter Israel or East Jerusalem at all, even if they have valid Israeli entry permits. With the establishment of a detailed permit regime, especially after the Second Intifada,1 total closure days became more common.”

The Israeli army typically announces the total closure of the West Bank and Gaza2 on major Jewish holidays like Passover (which usually occurs in March or April) and Yom Kippur (which usually falls in September or October) or on the occasion of an Israeli national event such as Election Day or Independence Day.3 For instance, during the Purim holiday in 2017, an extended 11-day closure was imposed on the occupied West Bank and Gaza.4 During the Passover holiday in April 2019, the Israeli army imposed a nine-day closure.5 A total closure was announced twice in one year on the occasion of Israeli elections (April 7 and September 17, 2019).6 As well, the army might declare a total closure on the West Bank when there are high alerts of possible “attacks.” For instance, the Israeli military imposed closure from July 19 to 22, 2006, as a result of high alerts for attacks or kidnapping Israeli soldiers.7 This closure took place less than one month after the kidnapping of Israeli soldier Gilad Shalit on June 25.8

Total closure can last from several hours to several days.

Total closure can last from several hours to several days.

On total closure days, the only Palestinians who can pass through the checkpoints from the West Bank into Jerusalem or Israel are those who are citizens of Israel or permanent residents who hold Israeli IDs. This also means that the nearly 150,000 Palestinian laborers (from the West Bank)9 who have entry permits for work purposes cannot get through the checkpoints on these days. The army argues that exceptions are made for humanitarian, medical, and other outstanding cases, but this requires the approval of the Coordination of Government Activities in the Territories (COGAT) (see Jerusalem: A Closed City).

All previously approved entry permits for the day on which a total closure is announced are cancelled, and the holder has to reapply all over again, a process that can take weeks and has no guaranteed outcome. A total closure prevents Palestinian residents of the West Bank and Gaza, as well as their goods, from traveling into or through Israel. It also restricts the movement of Palestinians and goods within the West Bank itself. The Israeli army usually implements increased inspections, checking vehicles, passengers, and persons on foot at permanent and temporary Israeli military checkpoints. Also, Palestinians and shipments are blocked from entering or exiting crossings to Jordan.

While total closure days usually coincide with major Jewish holidays, the measure is also sometimes imposed on other minor occasions. In 2016, for example, the army imposed total closure on the Jewish holiday Purim, with the justification that it was “designed to reduce the friction between Palestinians and Israelis.”10

Table 1 details the gradual increase in the number of days of total closure over time. 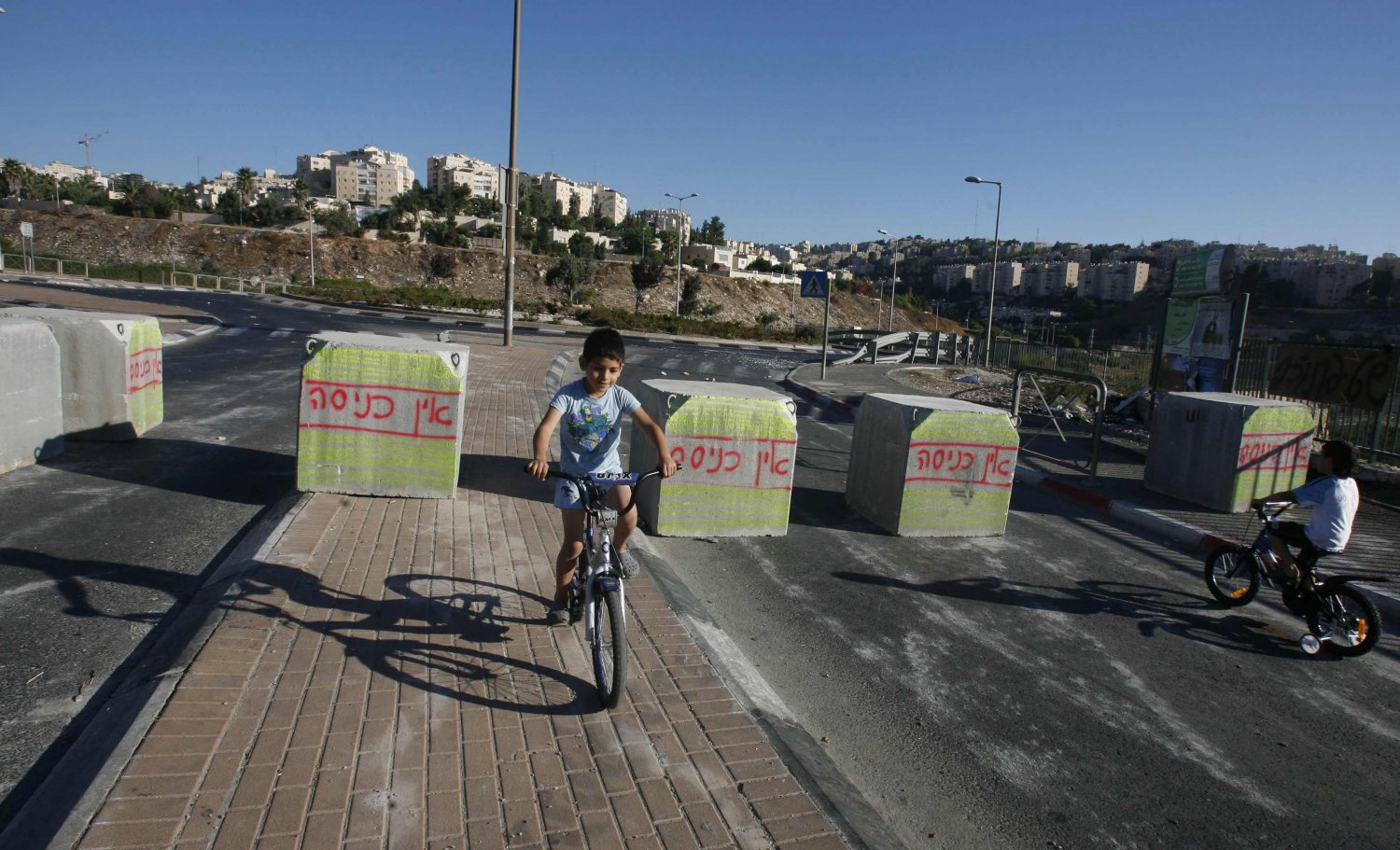 On Yom Kippur, the Day of Atonement, the holiest of Jewish holidays, the Israeli border police closed off the road between the Israeli settlements and the Palestinian neighborhoods in Jerusalem, September 26, 2012.

Table 1: Number of closure days imposed on the West Bank since 1988*

Source: Na’ama Carmi, Oslo: Before and After: The Status of Human Rights in the Occupied Territories (Jerusalem: B’Tselem, May 1999), 20–21 [for years 1988–99]; B’Tselem, “Closure,” January 1, 2017 [for years 2000–2019].
* Figures reported by B’Tselem but in the year prior to 1998, compiled by the Coordinator of Government Operations in the Occupied Territories and the Palestinian Authority. B’Tselem only began keeping its own records in September 1998. These numbers relied on Palestinian Authority official statistics that are no longer available and so could not be verified.

Although Israel “withdrew” from the Gaza Strip in 2005, it still solely controls all entry and exit to the area, its airspace, and its coastal waters. Therefore, Israel closes Gaza at will when it sees fit. See, for example, Hagar Shezaf, “As Every Jewish Holiday, Israel Imposes Closure on Palestinians in the West Bank for Purim,” Haaretz, February 25, 2021. Shezaf notes: “Every year, the Israel Defense Forces imposes a general closure on the West and Gaza Strip for the Jewish High Holidays, Purim, Passover—as well as Election Day. During the closure, Palestinians are unable to pass through checkpoints from the West Bank of Gaza Strip into Israel, even if they hold permits to enter Israel.”

Palestinian Central Bureau of Statistics (PCBS), Labor Force Survey: The Third Quarter of 2019 [in Arabic], State of Palestine, November 17, 2019. According to the PCBS, by the end of September 2019, there were 141,000 Palestinian laborers from the West Bank working in the Israeli economy (the term Israeli economy here includes Israel proper plus the settlements in the West Bank). Of those 141,000, 72 percent hold Israeli permits—i.e., around 101,520 people.

Na’ama Carmi, Oslo: Before and After: The Status of Human Rights in the Occupied Territories (Jerusalem: B’Tselem, May 1999), 19.

An unannounced closure leaves a Jerusalemite native stranded at Qalandiya checkpoint, with no way home.