Sophia Fawaz Abdo, 10, was left homeless on November 30, 2020, when her father, Fawaz Abdo, was forced by the Jerusalem municipality to demolish the home he had built with his own hands in 2014 on the pretext that it was built without a permit.

The home, located in the East Jerusalem neighborhood of Jabal Mukkabir, was 100 square meters and had three bedrooms, a bathroom, a kitchen, and a living room. Six people including a child, Sophia, lived in the home.

In 2019, the court ruled that the home had to be demolished and fined Abdo NIS 60,000 ($18,000), which he continues to pay off monthly in the amount of NIS 750 each month. Like many Palestinian Jerusalemites, Abdo had to demolish the home himself to avoid paying additional hefty fees that the municipality would have charged to do it.

Sophia coped as best she could with the trauma of this cataclysmic event in her life, as shown here. 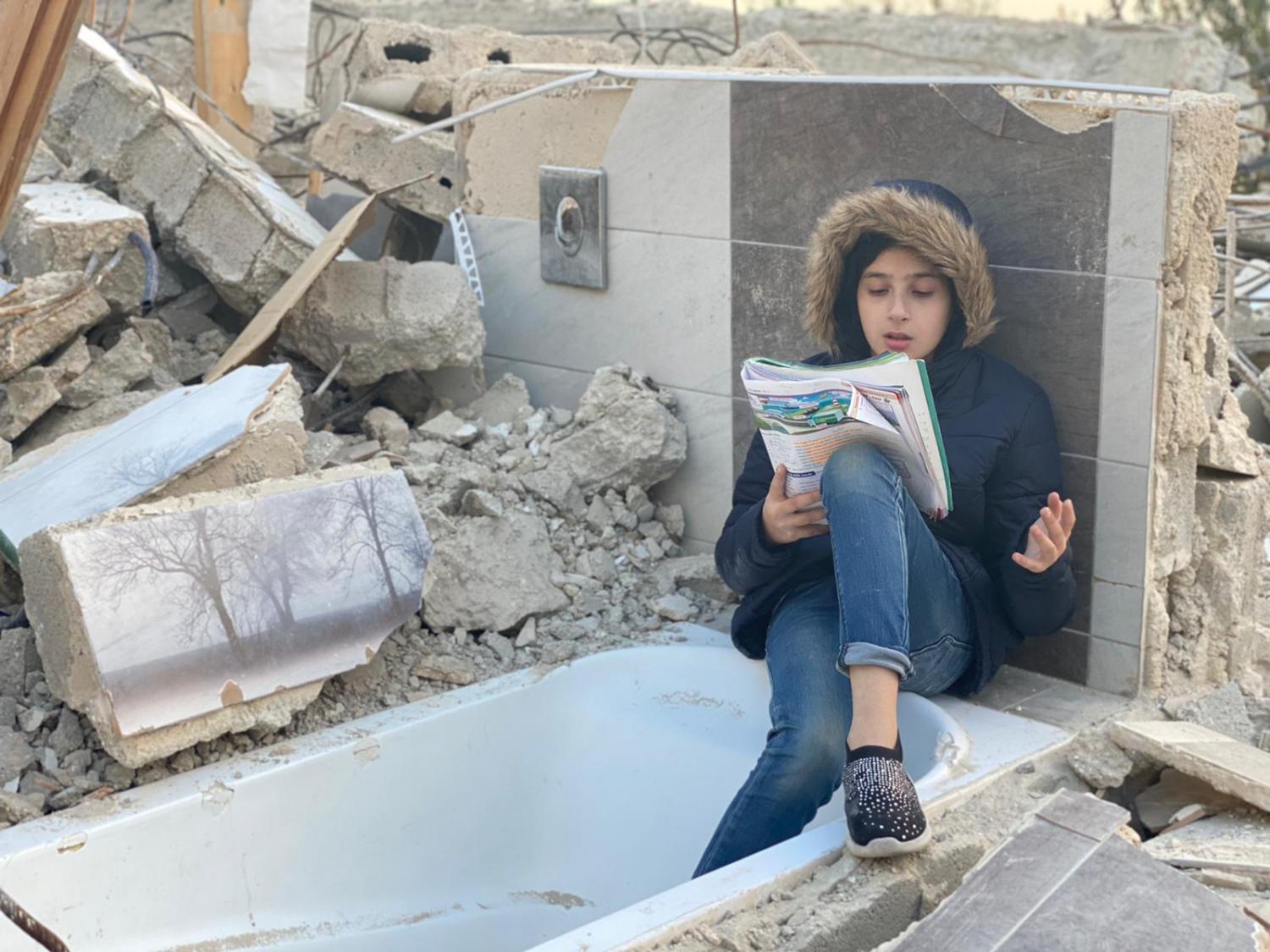 Sophia Abdo, 10, does her homework on the bathtub of her family home in East Jerusalem, a few days after its demolition, which took place on November 30, 2020.

Sophia Abdo, 10, does her best to cope in the tent her family has been left to live in following the demolition of their home in the East Jerusalem neighborhood of Jabal Mukabbir. Her father, seen entering the tent in the video, erected it on the rubble of the demolished home.

Her family eventually moved in with her father’s brother, photographer Atta Awisat, whose family of 11 people has a much smaller home of 60 square meters in the same neighborhood. Awisat shared these images with Jerusalem Story.

Kate Rouhana is a writer, editor, researcher, and instructional designer. She has lived and worked as a journalist and researcher in Jerusalem and elsewhere in Palestine several times throughout her life. Her writing has been published in The Nation, The Journal of Palestine Studies, South-North News Service, New Outlook Magazine, and various US newsletters and magazines. She has edited numerous books on Middle Eastern topics. She holds an MA in Middle Eastern Studies and a BA in International Relations, both from Harvard University.

From 1967 to 1993, successive Israeli governments laid the foundations for an expanding settlement enterprise to Judaize Jerusalem and its surroundings.