Book Review: Determined to Stay—A Deep Dive into the Nightmare That Is Childhood in Silwan 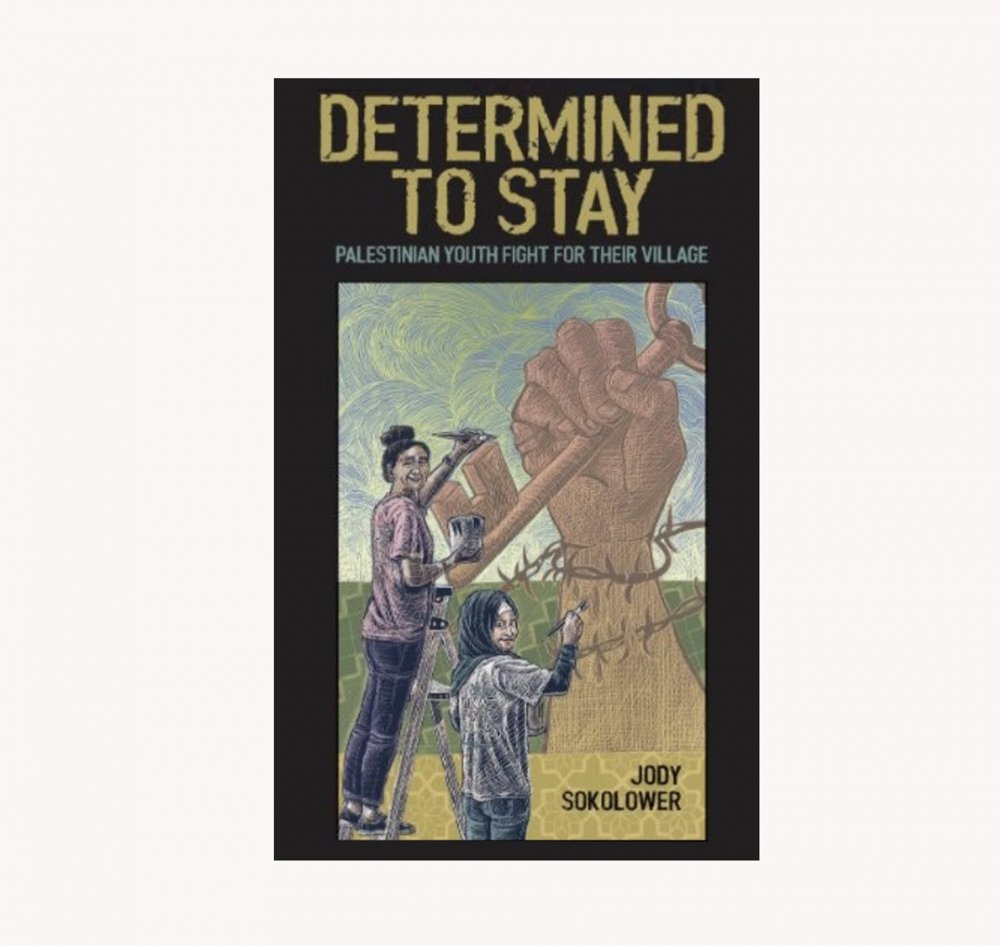 On an ordinary day in February 2009, students in an UNRWA school are attending class when without warning, the entire room collapses and drops into the cellar; miraculously, no one is killed, though some sustain serious injuries.

The structure gives way because it has been deliberately undermined by the Israeli development company Elad, which is constructing a tourist attraction, City of David National Park. To create the Disneylandish site, it digs tunnels under Palestinian homes and schools. The incessant digging is simply one in a menu of tactics designed to make life unlivable for Silwan’s residents so that they will leave. Determined to Stay: Palestinian Youth Fight for Their Village describes Israeli tactics to make that happen and Palestinian resistance to these tactics.

Author Jody Sokolower describes herself as a “white, Jewish, high school studies teacher”1 who was critical of Israel’s treatment of Palestinians but who avoided discussing Palestine with her students, in part because she feared she would be fired. An opportunity presented itself when two teenagers, an Israeli and a Palestinian, appeared in town to address students at the school where she teaches. The teenagers had participated in a Seeds of Peace camp in Maine whose goal is to bring Israeli and Palestinian teenagers together with the aim of creating leadership that can “work to create more just and inclusive societies.”2 The confusion these guest speakers generated led the author to realize that she too did not fully understand the situation. And so over the next several years, she visited the occupied territories to learn more.

One of the outcomes of that process is this book. 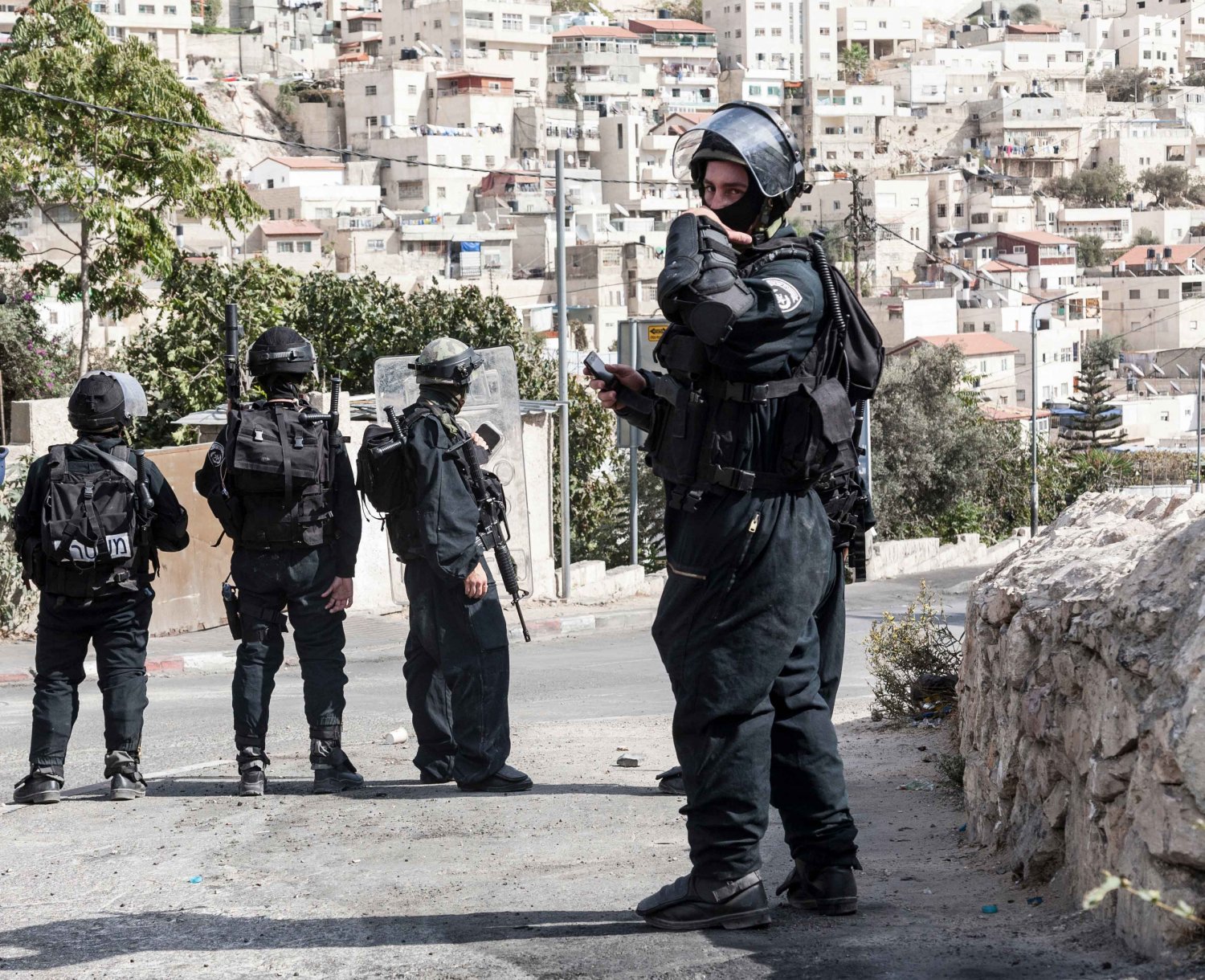 Silwan, a densely populated Palestinian village that lies just beyond the Old City’s Dung Gate, grabbed her attention due to the egregiousness of the Israeli efforts to change its character. As explained by Jawad Siyam, founding director of the Wadi Hilweh Information Center  in the neighborhood, Israel adopts a three-prong strategy to rid Silwan of its Palestinian residents:

The first is attacking our children, making their lives so hard that parents will leave out of desperation. They arrest our children over and over again. They also make it almost impossible for them to get an education. Imagine the pressure that puts on us as parents.

The second is forcing us out of our houses and off our land.

And the third is the City of David, how they are using archeology to destroy Palestinian Silwan. But we are resilient. Each time, we are resisting, fighting back.3

Part I, which occupies about half the book, introduces the reader to Silwanis, who describe how these policies play out in their daily lives.

Even readers with a general understanding of the oppressive realities are likely to be taken aback by the author’s assertion that every child she met above the age of eight had been arrested at least once4 or that children can be placed under house arrest and prevented from going to school.5 (In part II, another innovative anti-child tactic is described: Children can be served internal deportation orders, which require them to move to another village for a couple of months and live apart from their families.6) Children are kidnapped from the street or snatched from home, taken to a facility by armed soldiers speaking a foreign language, denied food and access to bathrooms, their arms zip-tied for hours. The experience terrorizes and traumatizes children and parents alike.

“They arrest our children over and over again.” 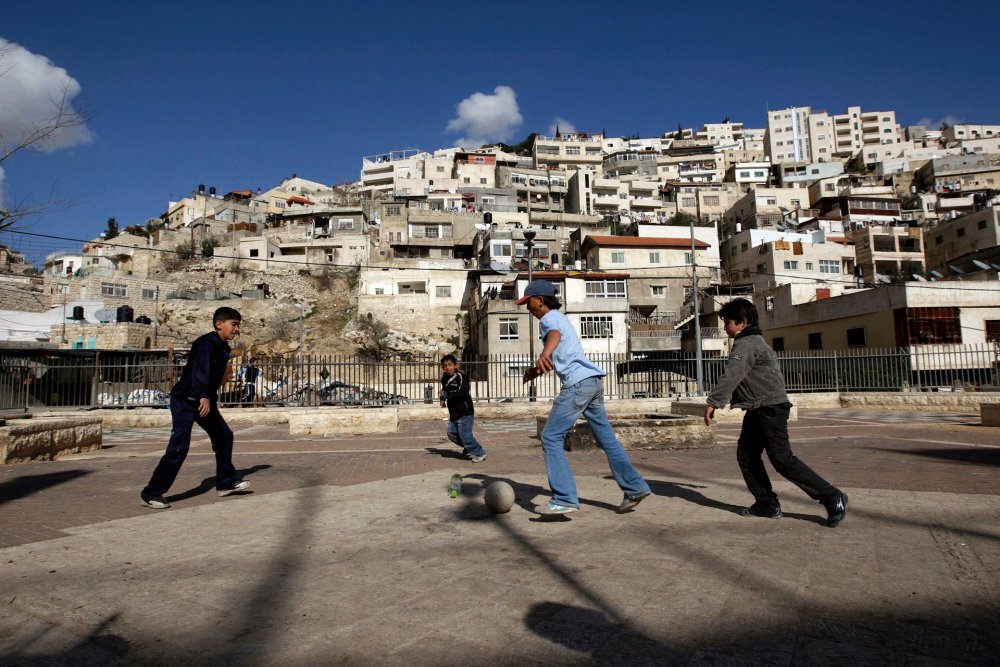 Palestinian boys play soccer in the neighborhood of Silwan in East Jerusalem, February 24, 2009.

Going to school is like running a gauntlet, especially risky for Palestinian girls walking alone, because the road to school takes them through Jewish areas where they are likely to be verbally abused by gangs of aggressive Jewish teenagers.

Staying at home does not guarantee safety, because armed soldiers can burst in whenever they please and for no reason at all. (In one of many stories recounted in the book, a woman taking a bath was surprised by intruders, and only the neighbors who responded to her screams were able to prevent further mayhem.7)

Every child she met above the age of eight had been arrested at least once.

One theme running through this book is the interconnectedness of struggles (a theme that is reinforced in the introduction, written by Native American scholar Nick Estes).

Palestinian, Native American, and Black Lives Matter activists communicate and express solidarity in a variety of ways; in their view, they are all engaged in anti-colonial struggles. As one Palestinian activist tweeted, “#Palestine knows what it means to be shot for your ethnicity.”8 The author draws parallels between Palestinian displacement and the struggle of residents in the Bay Area being forced out of their homes.

One might expect that a book about a small community confronting a malevolent force designed to erase them to be a depressing read. It is, in fact, depressing. Enraging too; it violates notions that are probably instinctive among humans, that evil must be stopped and that criminals must be held accountable.

Oddly enough, the book is also (and simultaneously) hopeful. Sokolower spends time talking to people at Madaa, a cultural center started by Silwanis to offer children a space in which they can have fun and express themselves creatively—through song and dance, theater and photography. From the center, a youth hip-hop group, Dandara, emerged and grew well enough known to be invited to France.

About 500 children use the center’s services, love the activities, and speak assertively about skills they are learning.9 Not surprisingly, the Israeli municipality and settlers harass the center, raiding it periodically and arresting people. Yet it persists, because the community understands fully that its children are under attack and need to feel there is a space where they are valued. 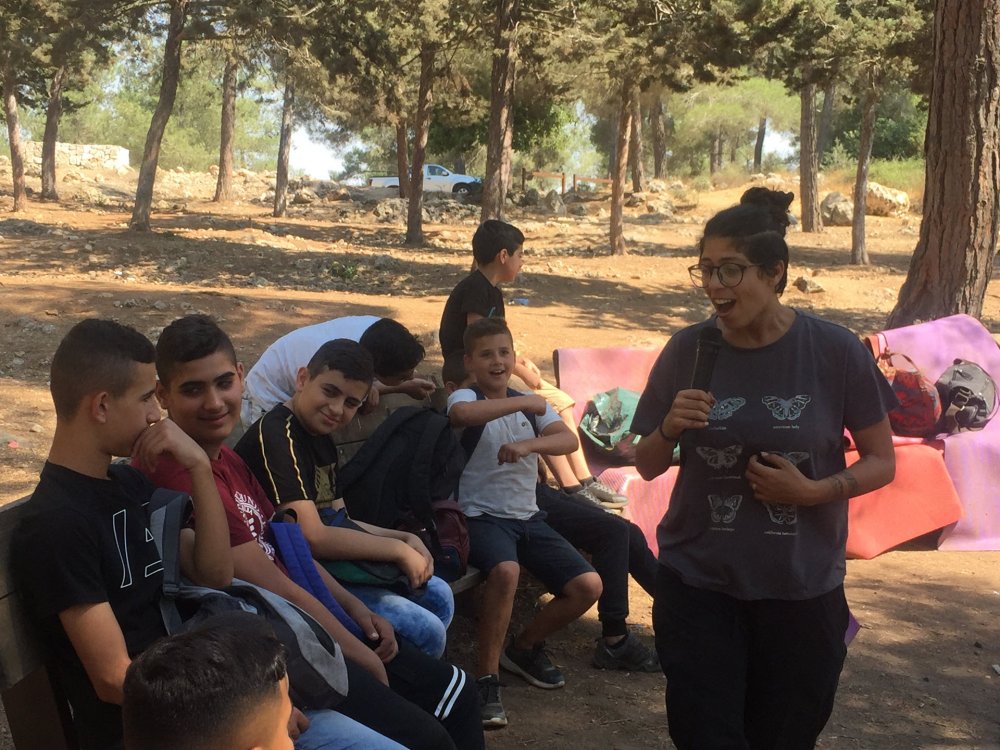 Children participate in an activity with Ashira Ramadan, yoga teacher on July 31, 2021, in Silwan.

Parallels with Other Struggles

The short (26-page) part II shifts the discussion from Silwan to the US, where indigenous people are engaged, like Palestinians, in a struggle against colonization. The author makes the connection:

I wonder if one reason we in the United States, especially white people, don’t want to think about Palestine is because it raises questions about our own responsibilities as settlers. Whenever our families came as immigrants, and no matter how hard things were back home, they settled on stolen Indigenous land in a country that was largely built by the forced labor of people who were kidnapped from their homelands in Africa and enslaved. Every time an oil pipeline is run on Indigenous land, every time a Black teenager is shot by the police, the trauma is re-inflicted.10

One of many similarities in the systems of control is the use of the prison system to control the population. For Palestinians as well as Black Americans, entry into the prison system is hard to avoid, and once in it, there is really no way out; releases tend to be short-term, and the revolving door keeps spinning.

The third part of the book (about 80 pages) covers the author’s 2017 visit to Silwan. Not surprisingly, she found living conditions worse than they had been during her previous visits. In fact, one young man she interviewed who hailed from the Old City of Hebron and had moved to Silwan thought that Silwan was even worse than Hebron. (To appreciate the magnitude of that comparison, note that in Hebron, Jewish settlements have been inserted in the middle of the town; the military is still present; a strictly enforced “regime of separation” gives settlers free reign to move as they wish while Palestinians must endure severe restrictions on movement including dozens of checkpoints; some neighborhoods are walled in; soldiers routinely break into residents’ homes at night; settlers commit violence against Palestinians while protected by soldiers; settlers commonly throw their garbage through windows and onto the property of Palestinians living on the floor below them; some roads are off limits to Palestinians; and in Hebron it is possible for Israeli courts to issue an order sealing the windows of a Palestinian.) In Hatem’s words:

I think Jerusalem is more dangerous than Hebron. In Hebron, there are settlers and many Israeli police, but not always right where I live. Here, they are everywhere. There is no way to avoid them.11

Somehow Sokolower manages to end this book on the targeting of children on a hopeful note that in no way makes light of the cruelty of the force arrayed against them. In the final part of this book, she broadens her lens beyond Silwan to speak to Palestinians in the diaspora.

One is reminded that the struggle of Silwan is the struggle of all Palestinians determined to live in Palestine with dignity; it is a struggle that plays out in many geographies around the world.

Silwanis are not alone, and the interconnection of struggle provides space for hope. One of the many strengths of this book is the author’s awareness of the privilege she carries, her determination to really listen to people living in Israel’s crosshairs, and her focus on privileging their voices, full of conviction and integrity.

It is hard to imagine that they will not ultimately prevail, although the price they pay is cruel and unnatural.

The make-or-break American publication Kirkus Reviews had this to say about Determined to Stay:

The narratives and background information vividly show readers how Israel’s occupation affects mental health, education, employment, and everyday familial life, but they also paint a beautiful picture of resistance in the face of harrowing despair.

Ida Audeh is an editor who lives in Virginia. Her review of Anan Ameri’s The Wandering Palestinian: A Memoir was published in Journal of Palestine Studies 50, no. 3 (2021).

Photo Essay In and around the Neighborhood: Faces and Places