Hind al-Husseini was a formidable figure who dedicated her life to the care of orphans, education of girls and women, preservation of Palestinian culture, and social service during a time of cataclysmic trauma and upheaval in the history of the Palestinian people. She made impactful and enduring contributions to the city of her birth, Jerusalem, to her homeland, Palestine, and to her people.

Al-Husseini was born in Jerusalem on April 25, 1916, in the home of her maternal grandfather, Muhammad Salih al-Husseini, which is the house currently known as Dar al-Tifl al-Arabi (the House of the Arab Child) in the Sheikh Jarrah neighborhood in East Jerusalem. The home, a mansion, was built by her grandfather in 1891. Her parents were well-known Jerusalemites. She was a cousin of Abd al-Qadir al-Husseini. Her father died when she was just two years old. She was the youngest and the only girl among six children. Her mother struggled to raise and educate her six children on her own. Al-Husseini’s family situation greatly affected her later working life. 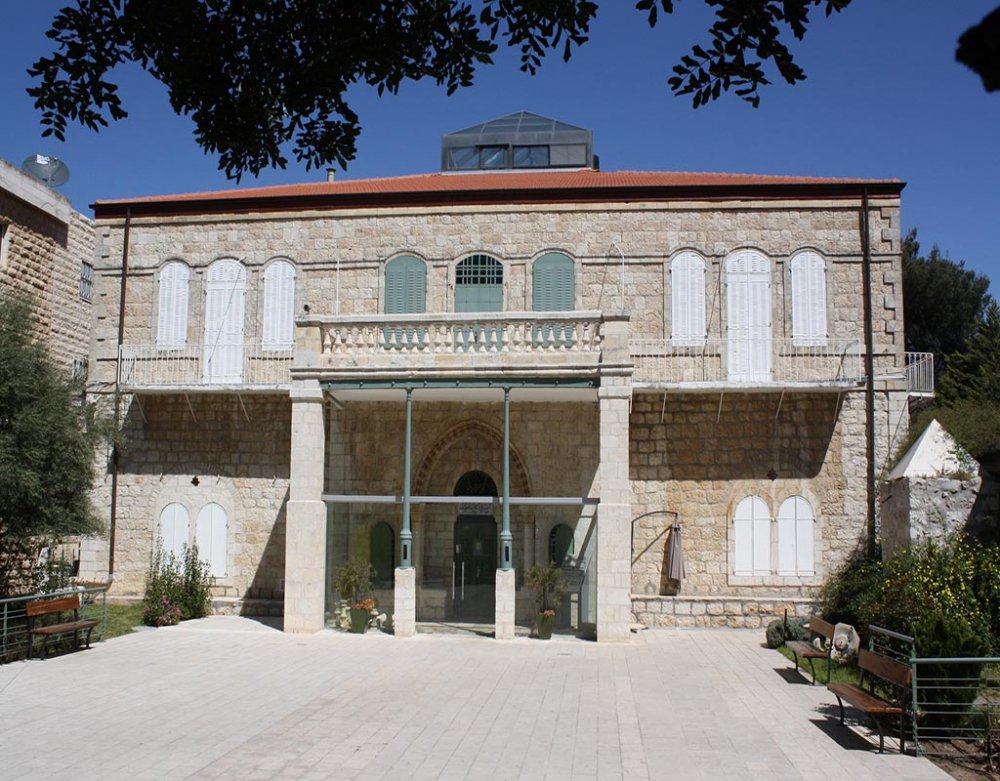 She finished her primary education at the Islamic Girls’ School in the Old City of Jerusalem adjacent to the al-Aqsa Mosque in 1932. For secondary school, she attended the English College for Girls in Jerusalem, graduating in 1937. Then she studied Arabic and English literature in 1938 independently. She wanted to continue and pursue higher education, but World War II intervened and made it impossible at that time.

Al-Husseini worked as a teacher at the Islamic Girls’ School for one year. She briefly stopped teaching after the outbreak of World War II, then continued teaching there until the end of the academic year 1945–46. After that, she left teaching for voluntary social work, joining the Women’s Social Solidarity Society (Jam‘iyyat al-Taddamun al-Nisa’i), an organization that was an integral part of the political and patriotic work in Jerusalem and whose purpose was to provide nursing and first aid services.1

From 1945, al-Husseini began focusing on voluntary social work. In 1945, she cofounded the Women’s Cooperation Society (Jam‘iyyat al-Takkaful al-Nisa’i) in Jerusalem, which went on to establish 22 branches throughout Palestine. In addition to the establishment of various kindergartens, al-Husseini also organized literacy campaigns and sewing centers for the Society.

In April 1948, as al-Husseini, then aged 31, was on her way to attend a meeting in the Old City of Jerusalem, she spotted a group of 55 traumatized homeless children, the oldest of whom was nine, barefoot and in their pajamas, on the street outside the Church of the Holy Sepulchre. These children were the orphans who had survived the massacre committed in the village of Deir Yasin by Zionist paramilitary forces on April 9 (see The West Side Story). Later al-Husseini described this moment as follows:

I was walking along the streets of the Old City when I came upon a group of the most wretched children. They had been carried from their homes, snatched from the protecting arms of their parents, and thrown into the streets of the Old City. They stood huddled together against the lofty walls of the Holy City, casting terrified looks toward Heaven as if supplicating and praying for an end to that horrible nightmare. Those innocent puzzled eyes glittering with tears made everyone wonder how such outrages could be committed against humanity in an age of enlightenment and knowledge.2

She pledged herself to the care of these children and sheltered them in two rooms rented by her charitable society. She visited them and fed them daily. Within days, she moved them to the Sahyun convent in the Old City at the nuns’ invitation, which turned out to be wise, as the original rooms were bombed shortly thereafter. This incident encouraged her to establish a charity in her family home in the Sheikh Jarrah neighborhood of East Jerusalem to serve Palestinian orphaned and needy children. She named it Dar al-Tifl al-Arabi (the House of the Arab Child). Dar al-Tifl started as a kindergarten with a humble beginning. Over the next few years, however, the school took in orphans from villages and cities around Palestine—as far north as ‘Arraba and as far south as Gaza.

After the school reopened in 1949, classes were gradually added onto the original kindergarten at the rate of about one a year. The school that developed was meant to offer a curriculum that departed from the government school curriculum.

Before the 1967 War, Dar al-Tifl had as many as 40 children sent by wealthy parents in the Gulf as boarding students. The tuition fees from these students alone paid the expenses of the 120 other children. They also helped provide a social mix of children, which al-Husseini considered important for the children's growth and self-awareness. However, she also established the Dar al-Tifl Foundation to raise money for the school.

During the 1967 War, al-Husseini transformed the headquarters of Dar al-Tifl into a clinic to treat the wounded. This headquarters was not spared from the aggression of the Israeli forces, as it was bombed and completely destroyed, but the Norwegian Red Cross helped to rebuild it after the war.

After 1967, the institution became a girls’ school.

In time, Dar al-Tifl grew into a prestigious national educational institution. Today, it includes a nursery and kindergarten, preparatory and secondary stage, secretarial department, and training in basic housekeeping and sewing, as well as combating illiteracy.

In order to develop her own educational and social capabilities, al-Husseini studied education and social work at the University of Hamburg, Germany, for three consecutive years, and for four months each year during the period 1963–65.

Other Cultural and Educational Institutions

In 1960, al-Husseini established a museum of Palestinian folklore in Dar al-Tifl. The museum displayed valuable antiques, traditional handicrafts, and folk costumes embroidered from different regions of Palestine. Over the years, the museum’s holdings have consistently been enriched. The museum still exists today and welcomes visitors. According to its website: 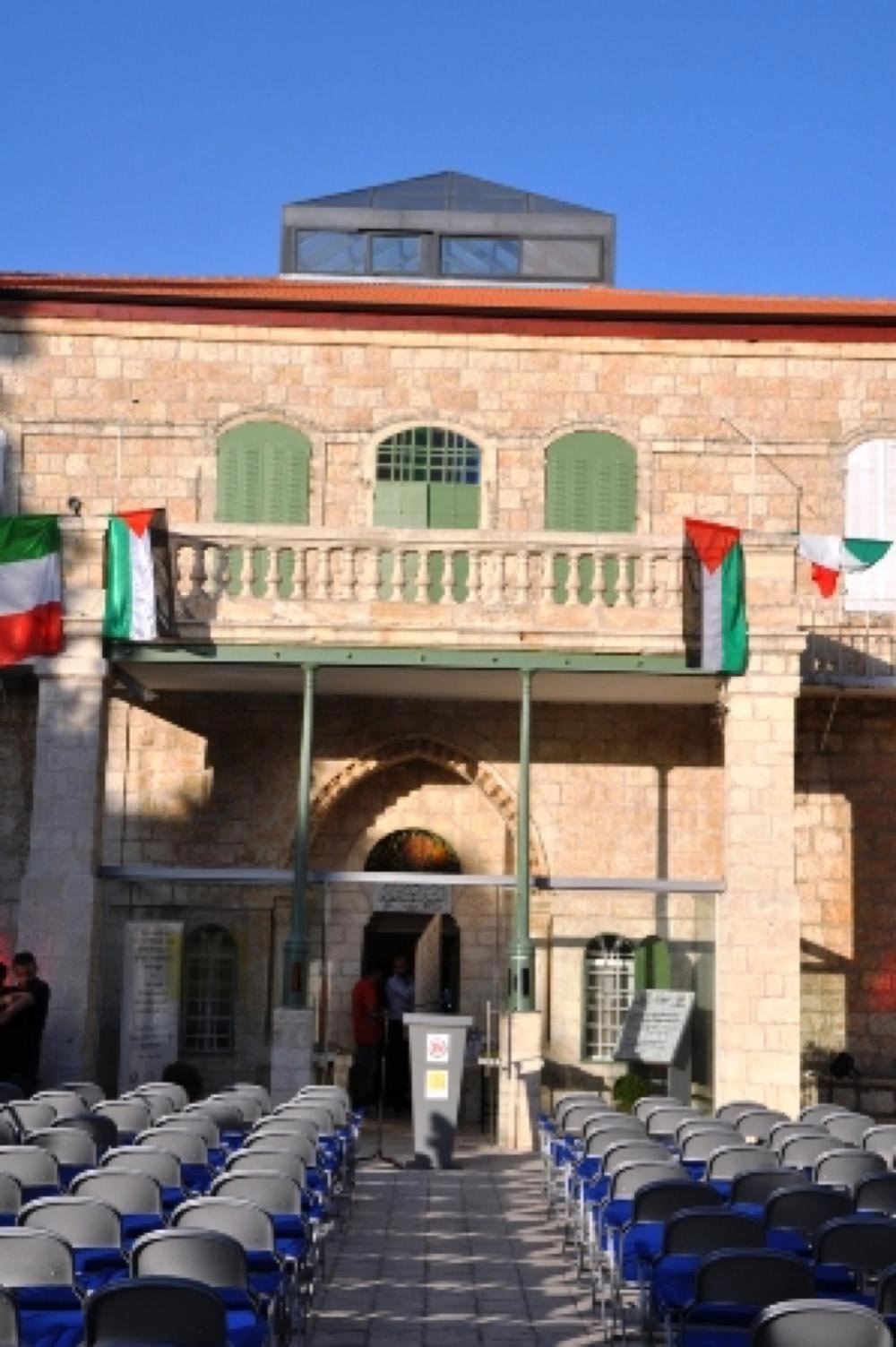 In 1982, the palatial family home of the Palestinian writer, scholar, and educator Muhammad Issaf al-Nashashibi, which had been bequeathed to Dar al-Tifl, was converted into the Dar Issaf Nashashibi Center for Culture and Literature, and it was set up as a research center. With the assistance of Ishaq Musa al-Husseini, Hind al-Husseini established a library in the center, which included thousands of books on Arab Islamic heritage as well as manuscripts and hundreds of rare books. Initially conceived as a national resource, the center’s mission narrowed to serving primarily East Jerusalem given the closure imposed on the city in the early 1990s. Also located in the Sheikh Jarrah neighborhood of East Jerusalem, the center and its library still exist today.

In 1982, with the assistance of the Organization of the Islamic Conference, al-Husseini established the Hind al-Husseini College for Girls, also in Sheikh Jarrah near Dar al-Tifl. In 1995, the college merged with Al-Quds University in Abu Dis, and began granting a bachelor’s degree in arts. Today, the college is divided into two colleges, the College of Arts and Sciences, which has departments of English Language and Literature, Social Work, History, and Physical Education, and the College of Educational Sciences, which has two academic departments, Education and Kindergarten, and Special Education. It welcomes more than 600 female students annually.

In addition to her responsibility for Dar al-Tifl, al-Husseini participated in many social and educational bodies, including serving on the board of trustees of the following Jerusalem institutions: Al-Quds University, the Makassed Philanthropic Society, Mercy Association for the Elderly Refugee Girl Association, and the Arab Orphan Association. 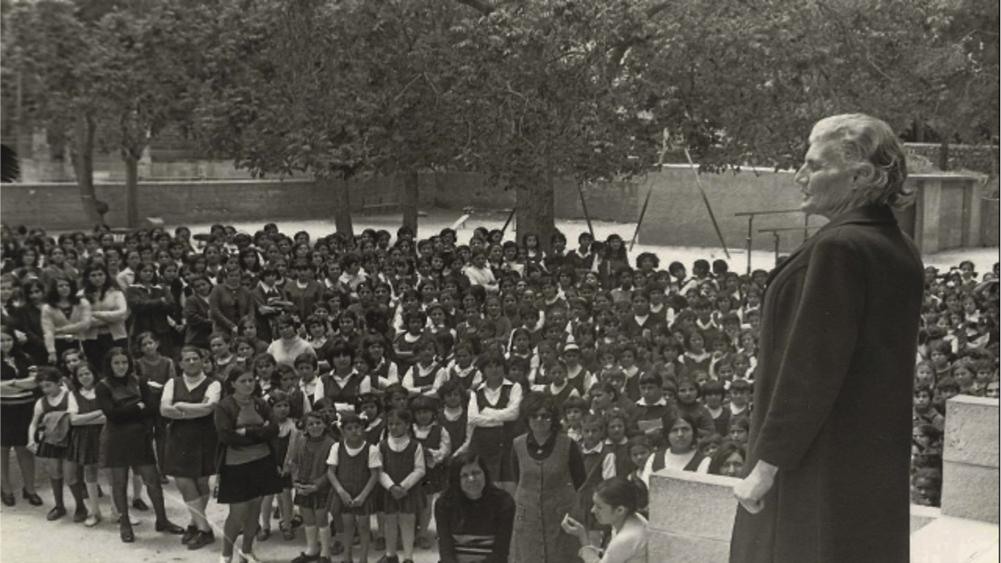 Involvement in the Palestine National Movement

Al-Husseini was a member of the Palestinian National Council and one of the founders of the Arab Women’s Union, established in Jerusalem in 1928, and served as its coordinator in the 1940s.

Al-Husseini never married, but she did adopt a daughter, Hidaya.

Al-Husseini died of cancer on September 13, 1994, in Jerusalem, where she was buried.

Al-Husseini received a number of honors and awards for her work:

She participated in the following conferences:

To date, at least two films have been made about al-Husseini and her work. The first, a short documentary by Jerusalem-based filmmaker Sahera Dirbas, is called 138 Pounds in My Pocket (2009).

The second, a narrative feature by Julian Schnabel, is called Miral (2010). Miral chronicles the coming of age of a Palestinian girl. The film opens with the story of al-Husseini finding the orphans and establishing the school. Years later, during the First Intifada, Miral arrives. The screenplay was based on a novel written by Palestinian journalist Rula Jebreal, herself a graduate of Dar al-Tifl. Her father brought her there when her mother died when Jebreal was only five.

The neighborhood of Sheikh Jarrah has historically been the northern gateway to the Old City and a home to powerful Palestinian families and consulates.