Skip to main content
View more on
The Separation Wall
View more topics under
Access, Mobility, and Fragmentation
View more on this topic 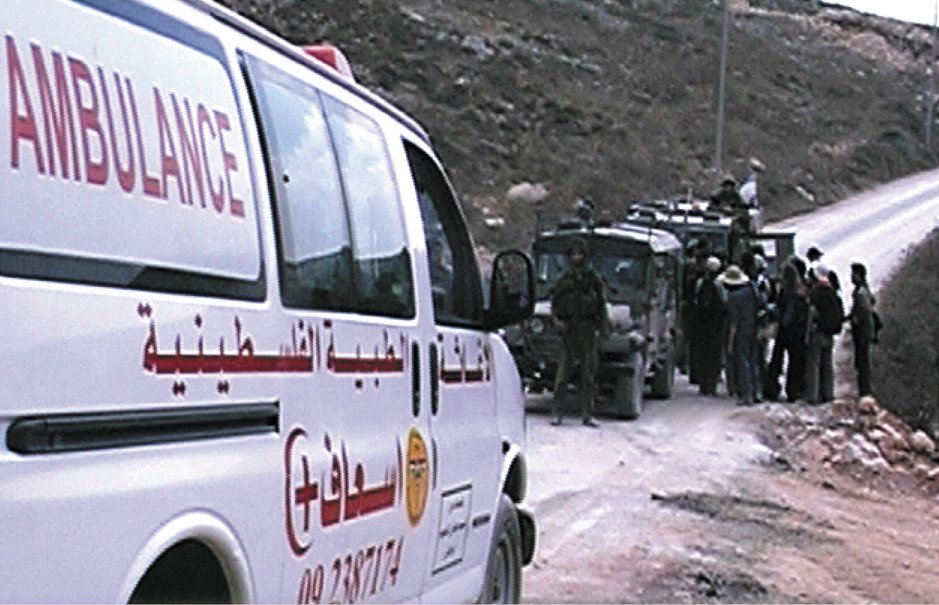 The Perils of Entrapment in al-Khalayla

I am a Palestinian lawyer from Jerusalem. I have worked as a pro bono lawyer with several human rights organizations for 13 years, the length of my professional career.

During this time, I have met hundreds of people and heard and witnessed thousands of stories. I have known since my early childhood that I love to hear real-life stories. Not until recently did I realize that I also love writing them.

I decided to become a lawyer when I was in tenth grade, even though my mother wanted me to become a physician. To be honest, I now regret this decision. The situation in Palestine, and especially in Jerusalem, is political, and laws and human rights are not very relevant.

The story I want to share happened in a Jerusalem neighborhood called al-Khalayla (Hayy al-Khalayla). Historically, this neighborhood was part of al-Jib, a Palestinian village in the Jerusalem Governorate, just 10 kilometers northwest of Jerusalem.

The Separation Wall was built in such a way that it went beyond the Jerusalem municipal boundary, entrapping al-Khalayla outside the boundary but inside the wall and severing it from the village. It is now in the heart of the settlement bloc of Giv’at Ze’ev.

Al-Khalayla’s several hundred residents are at high risk of expulsion, and their homes could be demolished at any time. Most of the residents carry Palestinian Authority ID cards and require Israeli-issued military stay permits to enter and exit their own village through a military checkpoint. Anyone wanting to drop in for coffee or have lunch with a resident of this neighborhood must apply for a time-limited visitation military permit. Most of the time, these permit requests are not approved.

People who move out of the neighborhood lose the right to enter the homes that they were born and raised in.

There is no physical wall between al-Khalayla neighborhood and Jerusalem (there is only the municipal boundary as marked on a map), but because they hold Palestinian Authority IDs, Israeli law forbids villagers from crossing that boundary to enjoy a day in the Old City, visit someone whose house is located inside the Israeli Jerusalem municipal borders, or spend a lovely sunny day on the beautiful beaches of Jaffa. To do so, they would have to apply for an entry permit.

If they cross the invisible boundary, even inadvertently, they could get arrested and be imprisoned; even worse, their special military permit to live in their village could be revoked, and they could be forcibly expelled from their homes.

Because they hold Palestinian Authority IDs, Israeli law forbids villagers of al-Khalayla from crossing the municipal boundary into Jerusalem.

A couple of years ago, I gave a legal rights workshop for women in al-Khalayla. I remember how fascinated I was by the women who attended the workshop. They were not only strong, resilient, and determined, but they knew the laws and their legal rights better than I did. When I told them that and asked them why they came to the workshop, they answered: “We are looking for ways to claim our rights. We thought you would have more to offer than information.”

The image of one woman in particular remained with me, a woman with a disability sitting in a wheelchair who was among the attendees. She said, “The system creates rights slogans but at the same time, they design the system to make them impossible to claim.” She described herself as someone who was not born in a wheelchair but rather found herself in one because she was “a victim of this system.”

Recently, I decided to write her story, to tell why and in what ways she was a victim of the system. So I called her to ask her permission to tell her story. She never picked up the phone. I called another woman who lives in the same neighborhood to ask about her, and I learned that she had contracted coronavirus and died two months earlier.

Since I cannot ask for her permission to use her name, I will not use it; instead, I will call her Watan (Homeland in Arabic).

I can still recall her words and her voice when she said, “I feel naked. Many people visit us to hear our stories. But nothing is changing.” I heard this several times from different women I worked with in different neighborhoods in Jerusalem. They did not use the exact words, but they all meant the same thing. They feel exposed.

“Many people visit us to hear our stories. But nothing is changing.”

And so this is the story of Watan, a woman who was born, lived, and died in al-Khalayla neighborhood.

Several years ago, she fell from a height. I am not sure how high, but I think it is not important now. (At the time, I did not ask for details because I never do; I know that telling a story retraumatizes the survivor. And at any rate, I am not qualified to assess medical conditions; I chose to study law, not medicine.)

The ambulance that was called from the West Bank was held at al-Jib military checkpoint by the Israeli soldiers and denied access in a timely manner. Security checks are never influenced by humanitarian considerations.

The ambulance from Jerusalem arrived promptly. However, it refused to transport Watan to a hospital in Jerusalem because she had a Palestinian Authority ID and did not have an entry permit (something which would take a long, convoluted application process to possibly obtain, with a low likelihood of approval anyway).

When Watan told me her story, she said, “I did not shout. I cried quietly.” While members of the community tried to convince the paramedics to take her to a Jerusalem hospital, and the paramedics were waiting for a decision from their headquarters, Watan’s daughter ran to the nearest Israeli highway and started waving for drivers to stop.

Finally, a 19-year-old Palestinian Jerusalemite man stopped. I can imagine that it took him at least five minutes to understand what Watan’s distraught daughter was saying.

He took Watan to Makassed Hospital located in al-Tur, in East Jerusalem. But the delay cost her: she could no longer walk, and remained paralyzed for the rest of her life. As for the good Samaritan, he was brave; he could easily have been charged with a crime and received a jail sentence for transporting “illegal foreigners” across the invisible wall that separates Watan’s home from Jerusalem.

Personal Story Pregnant and in Desperate Need of a Hospital, “I Ended Up Sneaking in Like a Thief”

A young pregnant woman summons inner strength to get around a checkpoint while on the verge of giving birth.