Musrara: The New City Neighborhood That Became No Man’s Land

Musrara is a formerly Palestinian neighborhood of the New City that was established around 1875 when building outside the Old City walls was picking up. Upper-class Christians established the gracious neighborhood; the construction tended towards large, luxurious mansions.

Some years later, in 1889, the New Gate was built in the wall just across from Musrara to provide more direct access to the Christian Quarter for the new neighborhoods going up outside the walls, like Musrara. Musrara is located just outside the Old City gates, lying north across from the New Gate. Sheikh Jarrah, the northern gateway into Jerusalem, lies to its northeast. The Jewish Orthodox neighborhood of Mea Shearim lies to its north.

Musrara was the first neighborhood in the city to become mixed, with middle-class Muslim, Christian, and Ottoman citizens living intermingled.1 It’s shown here sometime between 1934 and 1939, and the Old City appears on the horizon, with Bab al-Amud visible.

In the last days of November, 1948, as part of the armistice negotiations after the war, Israeli Commander of the the Jerusalem Front Moshe Dayan and Jordanian Lieutenant Colonel Abdallah al-Tal (who had led the attack on the Jewish Quarter in the Old City) sat in a destroyed house in Musrara as part of the international armistice commission. At one point, Dayan beckoned al-Tal off to another room, where they talked one-on-one, and managed to come to a bilateral agreement about where to draw the line that would divide the city for the next 19 years, thereby bypassing the commission and preempting an international push for making Jerusalem an internationalized city that would not belong to any one country. 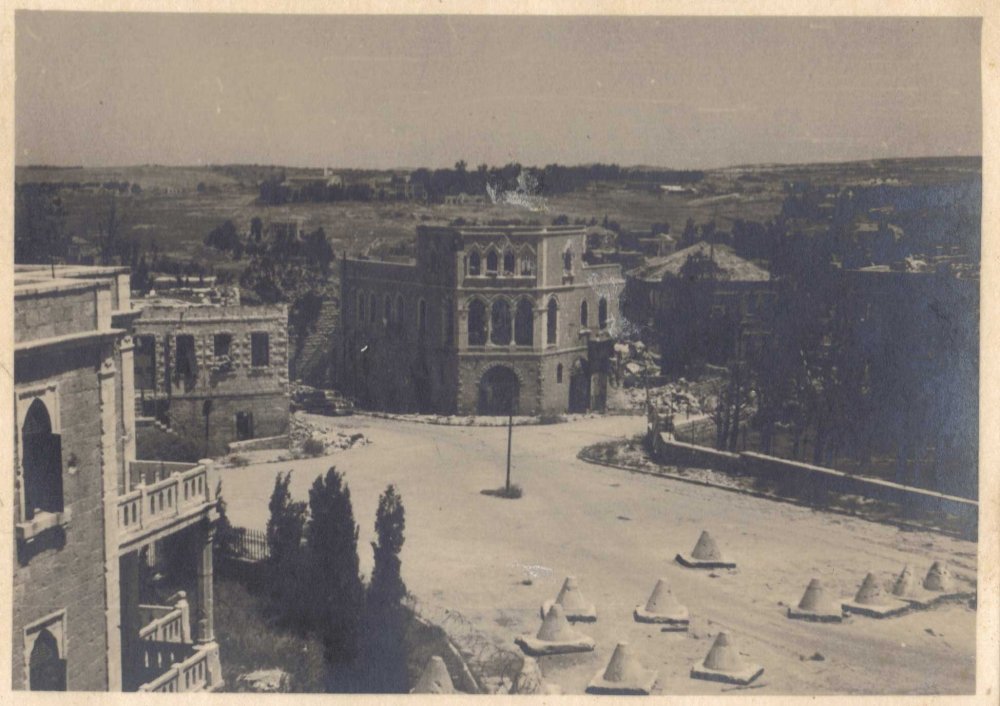 No Man’s Land in Musrara, near the Mandelbaum Gate, immediately after the cessation of fighting in the beginning of May, 1949

The area that was “No Man’s Land” lay abandoned for the next 19 years, and Musrara was never the same.

Backgrounder The West Side Story, Part 4: The Erasure of the New City and Its Transformation into Jewish West Jerusalem

Jerusalem’s New City was violently transformed and severed from the rest of Jerusalem, its Palestinian inhabitants exiled and banned from returning to this day.