For Karam, a Blue ID Is All He Needs—Israeli Citizenship “Is a Behavior-Controlling Tool” That He Eschews

A young man shares his life story and considerations for excluding the possibility of applying for Israeli citizenship.

Karam described growing up knowing that his family, especially his father, had problems with the Israeli government. He said, “I don’t know what these problems are, but they might be related to taxes. My dad, similar to all Palestinian Jerusalemites, also doesn’t know why the Israeli government is making problems for him. We just always knew that he might be stopped at the border and banned from traveling.”

Karam was born in a hospital in Jerusalem, and both of his parents hold Israeli permanent-resident status (blue IDs). However, the family lived outside the Israeli Jerusalem municipality borders.

Palestinian Jerusalemites are divided on the advisability of acquiring Israeli citizenship.

According to Israeli law, this meant that Karam lived in the West Bank. When Israel started implementing the “center of life” policy in 1995, the family was deprived of all their rights in Jerusalem. Karam had to pass a checkpoint every day to go to school. He studied in a private school. The school has a policy of applying on behalf of all tenth-grade students to facilitate the issuance of their initial ID document from the Israeli Ministry of Interior. (Palestinians who generally hold permanent-resident status in Jerusalem are registered in their parents’ IDs until age 16, when they are eligible to apply for their own IDs (mandatory by age 18).) Karam shared, “all my classmates got their IDs except me.”

Thus, Karam’s personal experience with the “center of life” policy began at the age of 16, when he was unable to qualify for an Israeli (blue) ID, because he lived outside the Israeli Jerusalem boundaries. He kept using his birth certificate as an identity document to pass checkpoints. Karam relayed, “I looked older than 16. Soldiers at checkpoints interrogated me daily [because of the requirement that Palestinian permanent residents must have an ID, which by law is mandatory to carry at all times, by age 18].” He was eventually allowed to pass because he has an Israeli permanent-residency number (by virtue of being born to two permanent residents).

“I knew I was not the only one facing this problem. Many people are like me.” And so he asked other Palestinian Jerusalemites how they dealt with this problem. “They all advised me to obtain an Israeli travel document [laissez passer, normally used by permanent residents to travel outside the country, since they do not have passports] to help with my checkpoint experiences. [When I did,] young stupid soldiers still asked me questions about this weird document, and then they would have to call their superiors and explain why I don’t have an ID or a passport.” 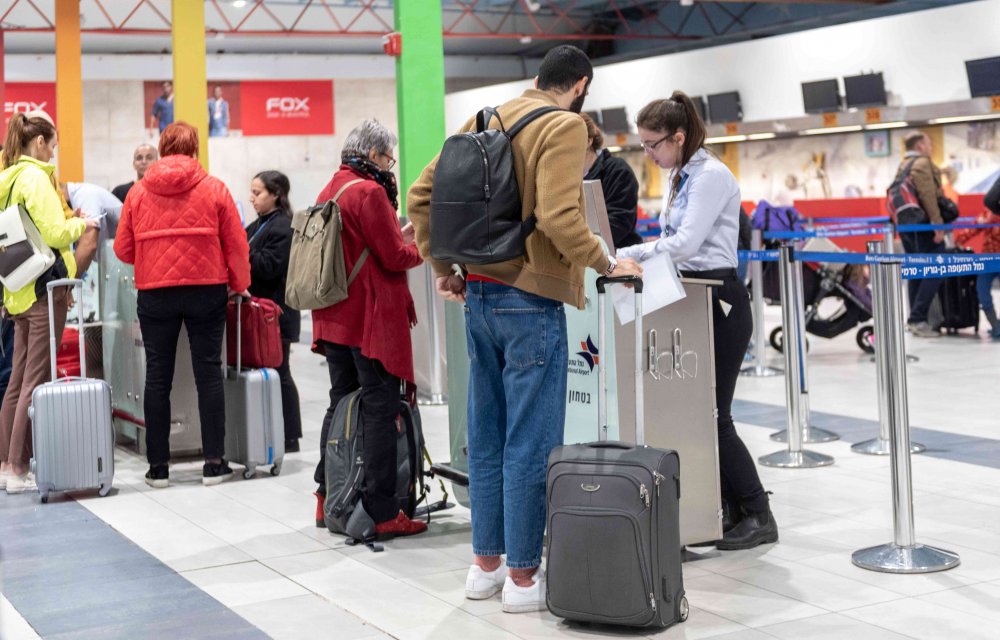 Karam graduated from high school and enrolled in a Palestinian university to complete his bachelor’s degree. He was still living in the West Bank. He traveled several times outside the country, also using his travel document. At that time, he did not really care about obtaining the actual identification card.

During Karam’s senior year in college, when he was 21 years old, he was injured during a demonstration against the Israeli occupation. He needed an operation. He did not have any health insurance—considered a West Bank resident, he was not eligible for the Israeli national insurance available to Palestinian Jerusalem residents; without a Palestinian Authority (PA) ID, he was not eligible for any Palestinian insurance—and had to look for ways to pay for the needed medical intervention and follow-up appointments.

In the same year, Karam’s sister got married and moved to live with her husband in Beit Hanina (inside the Israeli municipal boundaries). Karam’s brother-in-law owned a small studio apartment there and offered to rent it to Karam and his brother for only NIS 1,000 (equivalent to $350). Karam said, “It was a great opportunity. It was super cheap. You know how prices are insanely high in Jerusalem.” The average rent for a house in Jerusalem is $1,000.

After almost 18 months of renting the studio, Karam started gathering all the documents necessary to prove that his “center of life” was in Jerusalem in order to go to the Israeli Ministry of Interior in Jerusalem and apply for his permanent-resident ID. “I still hate remembering those days. They were the worst hours in my whole life—waking up at 5:00 a.m., standing in the sun or cold for hours [on the line outside the sole Ministry of Interior (MoI) branch office that served Palestinian permanent residents at the time]. Going back and forth [between home and the MoI branch office], because each and every time they asked for another document to prove that my ‘center of life’ is in Jerusalem. They don’t ask us to provide them all at once.” He sarcastically said, “I wanted to cry, I am so built for this suffering.”

“All my classmates got their IDs except me.”

Each and every time Karam went to the Ministry of Interior, they asked for another document to prove that his “center of life” is in Jerusalem.

Karam added, “when they asked me about my parents, I told them that when I turned 18, I moved out of my parents’ house and was now living independently. Revoke their residency. Stop their health insurance. They don’t care. They both live in the West Bank and their ‘center of life’ is out of Jerusalem. I live with my brother now, in Jerusalem. This is the important thing. Give me my ID.” Karam got emotional while recounting this. He raised his voice and that was the only time the beautiful smile on his face disappeared.

At the age of 23, Karam finally had his ID card in his hand. Immediately he went straight to his parents’ house. When his mother opened the door and saw him holding his ID, she started to cry.

Karam moved to his own apartment, and he now lives and works in Jerusalem. He opened a bank account, bought a car, and has health insurance. These things made him finally feel more secure.

Karam is not thinking of applying for Israeli citizenship to feel safer in Jerusalem. “The only reason I would consider acquiring citizenship—not necessarily Israeli—is to make my international travel easier. I would not have to apply for a visa. I would be a citizen of a country at the airport; I would not be stateless,” he said.

As for acquiring Israeli citizenship, he rejected the idea. “Why would I? I will never apply. Applying for Israeli citizenship feels filthy and like collaboration with the occupation. I would be humiliating myself.” He added, however, “I prefer to die before they prevent me from living in Jerusalem.”

Although Karam is forced to live and work in Jerusalem to keep his permanent-resident ID and social benefits, he doesn’t think that acquiring Israeli citizenship will make his life easier.

When asked about stigma against acquiring Israeli citizenship from the Palestinian community, Karam answered, “I have other social stigmas to deal with. Acquiring citizenship means learning Hebrew, pledging loyalty to the occupation. I do not accept this. It is not the social stigma that is the problem. Citizenship is an Israeli way to make us Palestinian Jerusalemites ‘behave better’; it will make us hesitate to even publish a post on Facebook against Israel. It is a behavior-controlling tool. It is filthy and should be fought against.” He thinks that Israel encourages Palestinian Jerusalemites to apply for citizenship as a way to control them and to erase Palestinian identity and collective memory; therefore, he eschews this option.

Research for this story was completed in spring 2021. Identifying information has been changed.

Dunya’s dream of embarking on a new life with her Jerusalemite husband becomes ensnared in Israeli bureaucracy and endless waiting for legal status.

Personal Story “How Can I Belong?”

Zayna finally sought Israeli citizenship so that she could live in her city without constant threat of deportation. But she still does not feel safe.