The Separation Wall has completely severed Palestinians residing in Jerusalem’s eastern towns from one another and from Jerusalem. While historically interconnected and interdependent, residents of the nearby towns of al-‘Izariyya and Abu Dis are now completely cut off from the city legally and geographically. The military checkpoints set up to service the settlement bloc of Ma‘ale Adumim, which lies to the east of the towns, suffocate Palestinians residing there, keeping them from basic services that are only located in Jerusalem, including schools and healthcare facilities. This has been devastating for social and economic relationships in these congested and fragmented towns.

To the east of Jerusalem, the adjacent Palestinian towns of al-‘Izariyya and Abu Dis, on the one hand, and al-Tur, and the Silwan neighborhoods of Ras al-Amud, al-Shayyah, and Jabal Mukabbir, on the other, are dissected by the Separation Wall. This section of the wall was approved in late 2003 and began to be built with concrete and stone walls in 2004. In 2015, when the last gap in the wall was closed, the residents of al-‘Izariyya and Abu Dis were completely shut away.

Al-‘Izariyya is just 3 km away from Jerusalem’s city center and is historically considered the “eastern gate” to Jerusalem, as it falls on the central route between Jerusalem and Amman through Jericho. Until the wall, the town had depended on Christian tourists visiting its religious sites, including the Church of Saint Lazarus. The wall shut residents of al-‘Izariyya out from the city and its surroundings to the west. Outside the wall, and largely under the designation of Area B, only very small parts of the town fall under the jurisdiction of the Jerusalem municipality. Walling off the town also dried up the town’s tourist influx.

Al-‘Izariyya is just 3 km away from Jerusalem’s city center and is historically considered the “eastern gate” to Jerusalem.

In 2015, when the last gap in the wall was closed, the residents of al-‘Izariyya and Abu Dis were completely shut away.

To the east, al-‘Izariyya is confronted with the massive Ma‘ale Adumim settlement bloc, which includes the E1 corridor1 that was built on the confiscated lands of al-‘Izariyya, obstructing its growth. Al-‘Izariyya is characterized by a bustling main street and central roundabout, surrounded within 100 meters by military checkpoints servicing the neighboring settlements. At the western end of al-‘Izariyya, the wall literally ends the main street in the Ras Kabsa area, a hotspot for local clashes with the Israeli military.

The importance of Ras Kabsa to al-‘Izariyya cannot be overstated. Before the wall blocked it, this area was a bustling space of interaction and exchange between the various Palestinian towns and neighborhoods surrounding it, including Abu Dis, Ras al-Amud, and al-Shayyah. These neighborhoods are now on the other side of the wall and are inaccessible to residents of al-‘Izariyya. 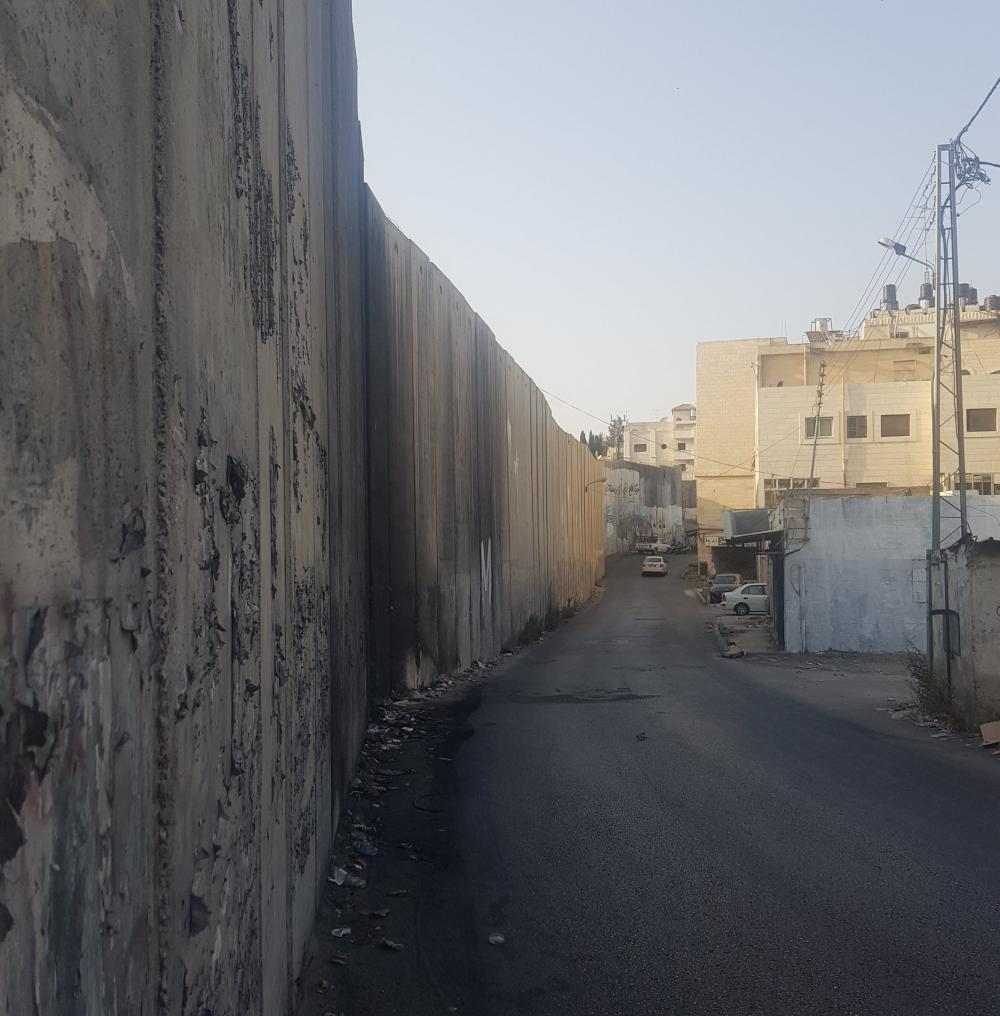 Ras Kabsa area before the wall was breached

Once the wall was completed in 2015, Ras Kabsa was devastated economically, forcing shop owners to close down. The wall also blocked the western entrance and narrowed the eastern one with the expanding settlement blocs, creating traffic congestion in the town.

The town is also located along the only road connecting the southern West Bank to its northern half, a road very unfriendly to vehicles, which makes for unbearable daily traffic.

Once the wall was completed in 2015, Ras Kabsa was devastated economically.

The Crack of Hope

In May 2015, during a local march commemorating the Nakba (Catastrophe), youth succeeded at demolishing a section of the wall here, opening a gap, and forcing their way into Bab al-Amud in the Old City of Jerusalem. They were faced with a violent military crackdown, which was followed by a massive arrest campaign. Local residents still talk about that day and gave a name to the gap, which was later closed by Israeli military: “fathit al-amal” (the crack of hope).2 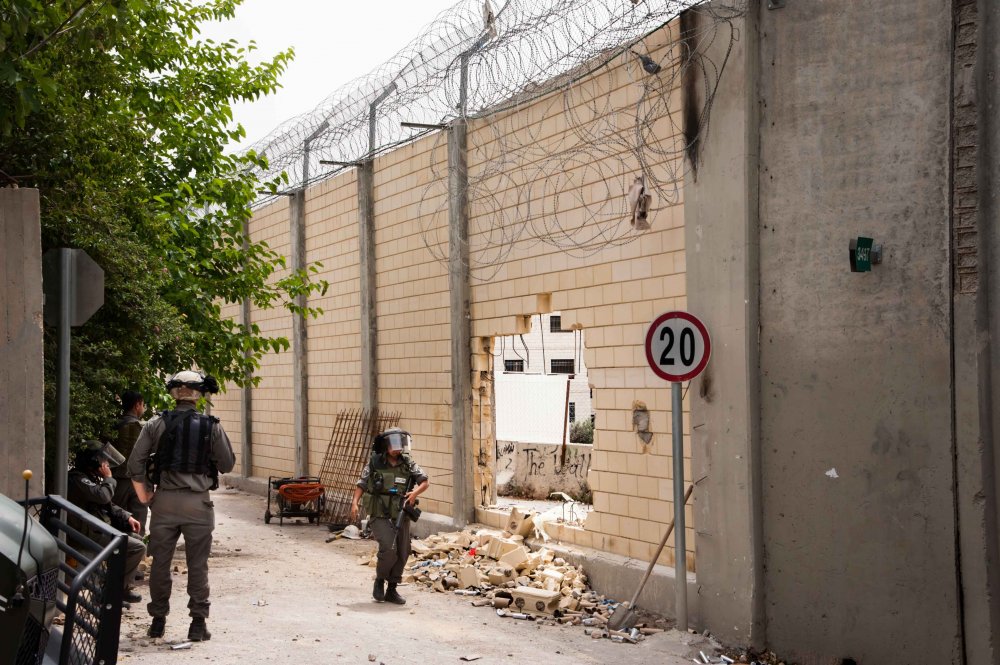 The “crack of hope”

Watar Broadcast Network, “Youth Tear Down a Piece of the Separation Wall in Ras Kabsa, al-‘Izariyya” [in Arabic], 2013.

Load More Load Less
Personal Story One Day, the Wall Went Up in al-‘Izariyya, Turning This Family’s Lives Upside Down

A generation’s labor is lost when the wall comes between a man and his business. A Photo Story.

A powerful testament to the experience of living through the transformative and traumatic period when the wall was built in Jerusalem and its environs.