The Destruction of ‘Anata and Bir Nabala

The towns of ‘Anata, Bir Nabala, and the villages that surround them have been devastated by the Separation Wall. ‘Anata, a Bedouin village northeast of Jerusalem, has been effectively shut off from the city by the wall, which surrounds it on all sides. Similarly, Bir Nabala, to the northwest of Jerusalem, was once a historically thriving and vibrant town that attracted Palestinians from villages nearby for festivities and family events. Today, it has become a ghost town.

‘Anata is a Bedouin village located 4 km to the northeast of Jerusalem. It is home to more than 40,000 Palestinians, though only 18,000 are registered by the Palestinian Central Bureau of Statistics.1 The village is surrounded by the wall on all sides, save for a narrow exit point in the north, effectively cutting it off from the neighboring towns of Shu‘fat and al-‘Isawiyya.

The Israeli settlement of Pisgat Ze’ev, northwest of ‘Anata, is partially located on ‘Anata land. Similarly, the eastern and southeastern sides of ‘Anata are blocked by the “Apartheid Road,” which separates it from the Israeli E1 territories2 and the Anatot military base, both partially located on ‘Anata land. The exit from ‘Anata to the north is surrounded by Israeli settlements, which are themselves surrounded by checkpoints and barriers.

Residents of ‘Anata can only access Jerusalem through a narrow and very crowded gate to the west through Shu‘fat refugee camp. However, since the gate is often closed, they have to travel 13 km north to the Qalandiya checkpoint to get across the other Israeli settlements south of Ramallah, and to turn back into Jerusalem.

‘Anatans who work in Jerusalem have to travel long routes on a daily basis, often beginning their day at dawn in order to reach Jerusalem by 8:00 a.m. Those who require medical care from hospitals located on the other side of the wall are also in a dire condition. ‘Anata, in the words of its mayor, Zakaria Hilwa, “is becoming a prison for more than 40,000 people.”3

Between Jerusalem and Ramallah, the town of Bir Nabala along with three towns to its south (Beit Hanina al-Balad, al-Judayra, and al-Jib) constitute another enclave that is enclosed behind the wall. In 2007, the enclave became completely surrounded by the wall from three of its sides, and by a bridge highway (highway 443) to the north, under which lies the only gateway outside of the enclave.

A spacious town north of Jerusalem, Bir Nabala used to be an industrial center and hub of regional and commercial gatherings. In the 1990s, Bir Nabalans hosted banquets, marriages, and other celebrations in their luxurious restaurants, for which they were popular. Residents of the neighboring towns of al-Ram, Kufr ‘Aqab, Beit Hanina al-Balad, and al-Nabi Samwil were frequent visitors to Bir Nabala.

Bir Nabala was a also commercial center linking Jenin and Tulkarm with the Jerusalem area, and the town contained about 600 shops and 6 tire factories.4

Social relations between Bir Nabala and its neighboring towns were also destroyed by the wall. Bir Nabala and al-Ram, two villages within walking distance to one another and with close familial and social ties, were separated by the wall. Between them lies the Israeli industrial settlement of Atarot. In order to go from one village to the other, residents have to travel a journey of about 20 km to the north and back.5

The damage caused by the wall was devastating, as it completely isolated Bir Nabala from its surroundings. As a result, its residents were forced to close down most of their businesses, which used to depend on visitors. Bir Nabala today has become a ghost town. 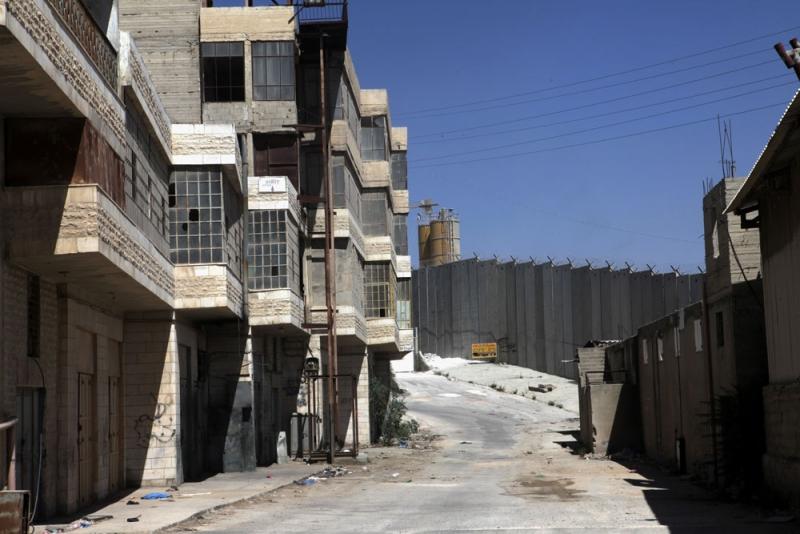 A view of the effect of the Separation Wall in Bir Nabala, where buildings have all been abandoned, September 24, 2012 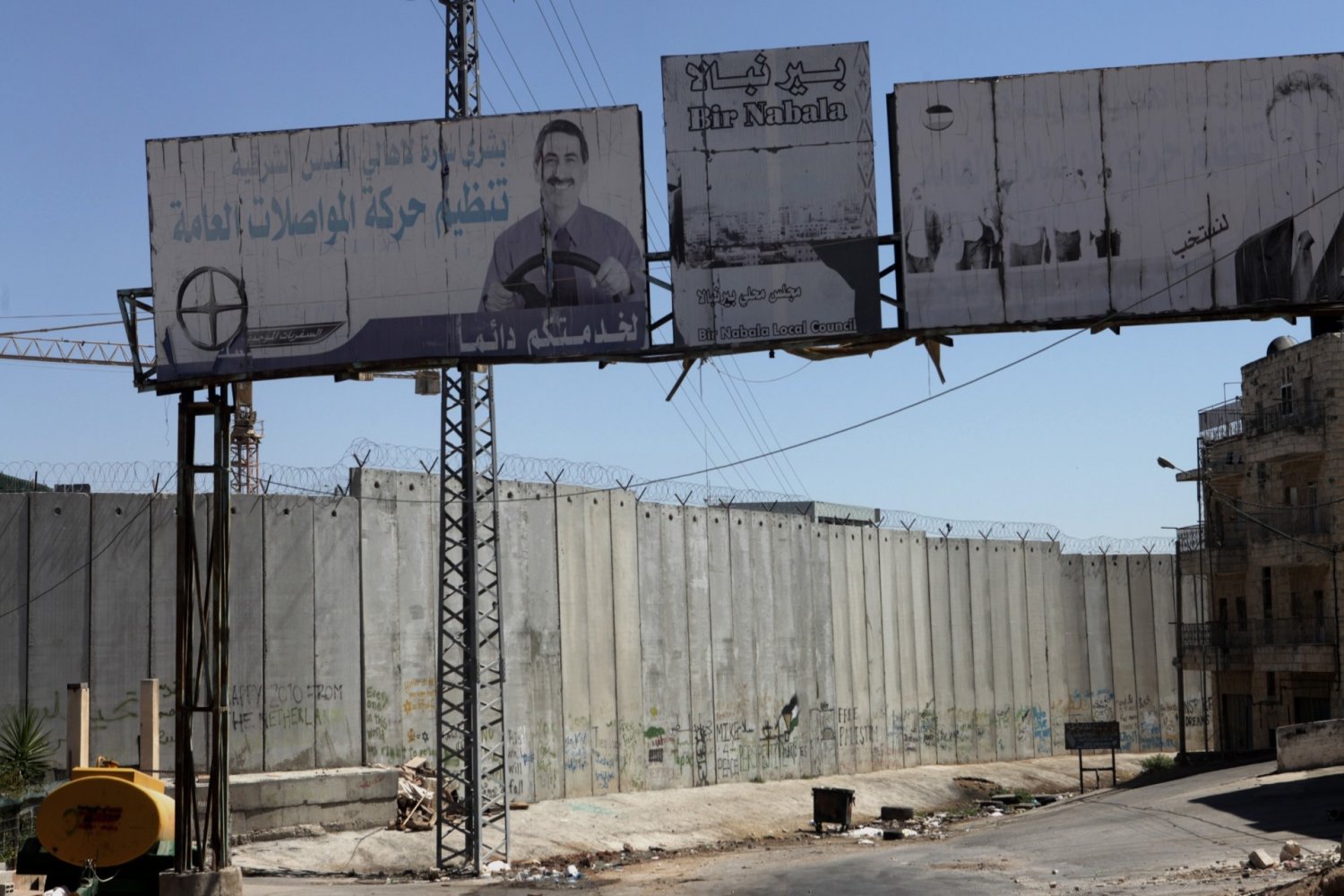 A road in Bir Nabala that was rendered useless by the Separation Wall. Shown here on September 24, 2012.

Interview with mayor of ‘Anata [in Arabic], Zakaria Hilwa, 2018.

What happens when a suburb’s source of life and livelihood is choked off? The story of Bir Nabala offers a stark example.

One of Jerusalem’s most important villages, al-Walaja, has been suffocated by Israeli settlements and their accompanying infrastructure and converted into an open-air prison.