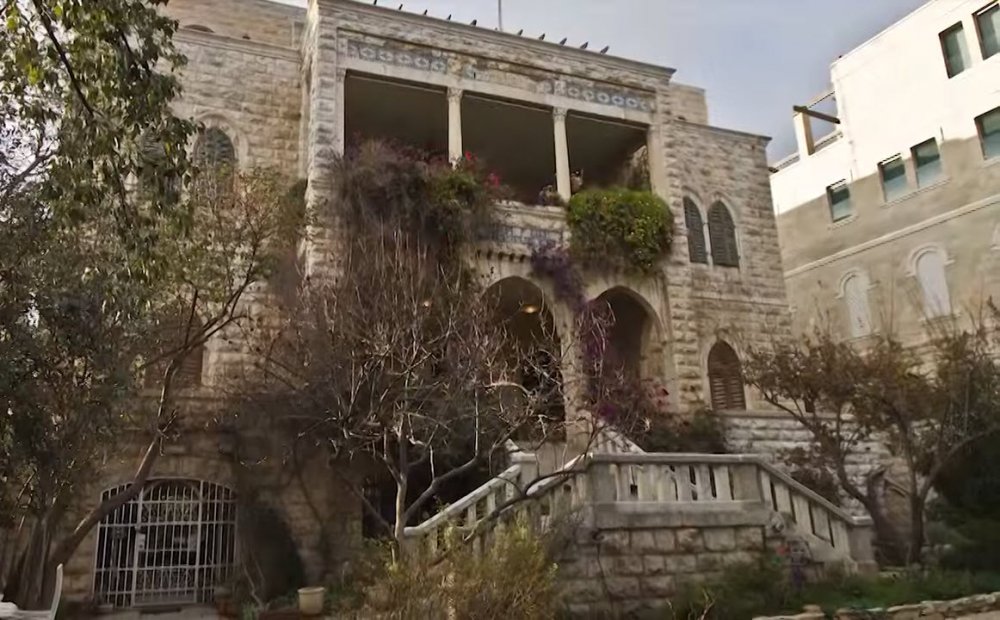 James Snyder, American director of the Israel Museum at the time and resident of a cherished Palestinian family villa called Villa Harun al-Rashid in the formerly Palestinian neighborhood of Talbiyya in today’s West Jerusalem, gives his whitewashed version of the house’s history in this 2011 video, completely erasing its real story. That has been told in various articles by the owner’s grandson, George Bisharat, for example here, here, and here. And by his 21-year-old great-granddaughter in the documentary film On the Doorstep (2018, dir. Sahera Dirbas), a documentary that shows how three generations of Palestinians in the US have maintained their emotional attachment to this home, which was confiscated by Israel in 1948. This palatial home also happens to have housed Golda Meir, who famously claimed “the Palestinian people do not exist” during her period as foreign minister. Snyder was director of the Israel Museum from 1997 to 2016.

A Palestinian whose family was forced to relocate from West to East Jerusalem in 1948 returns to one of the family homes in West Jerusalem that Israel confiscated and shares his family’s story and memories.