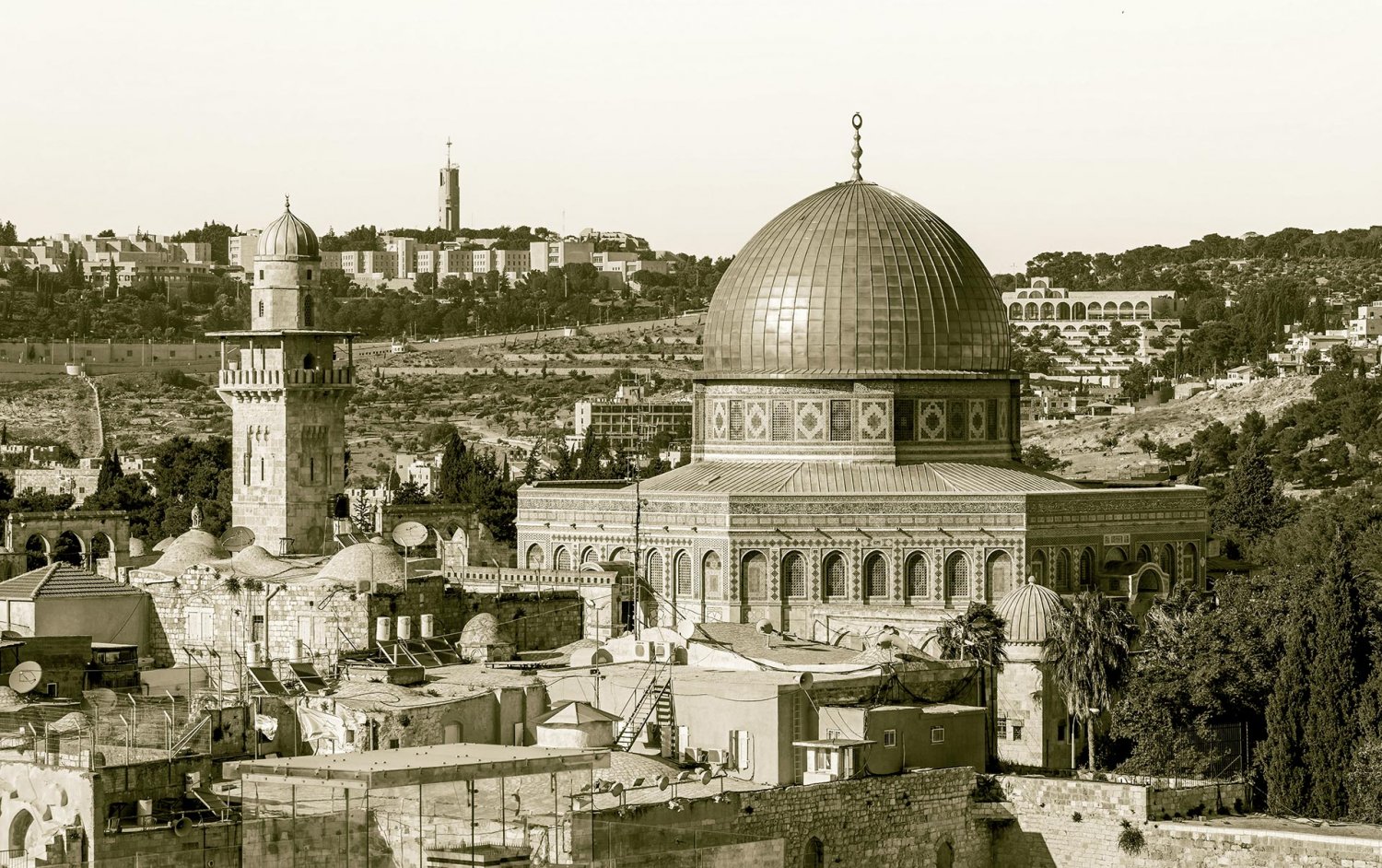 A beloved grandmother’s story sheds light on the capriciousness of the postwar process of deciding who could have legal status in Jerusalem and who could not.

I will share my Sitti’s (“grandmother” in Arabic) experiences with the Israeli census, which was conducted in East Jerusalem after Israel occupied that side of the city in the 1967 War.

My Sitti’s name was Hammda Rabah. I grew up listening to many, many of her stories. Just recently, I realized that my anxious requests to hear more of her stories, or even sometimes asking her to repeat the same story over and over again, has deeply affected the person I have become. 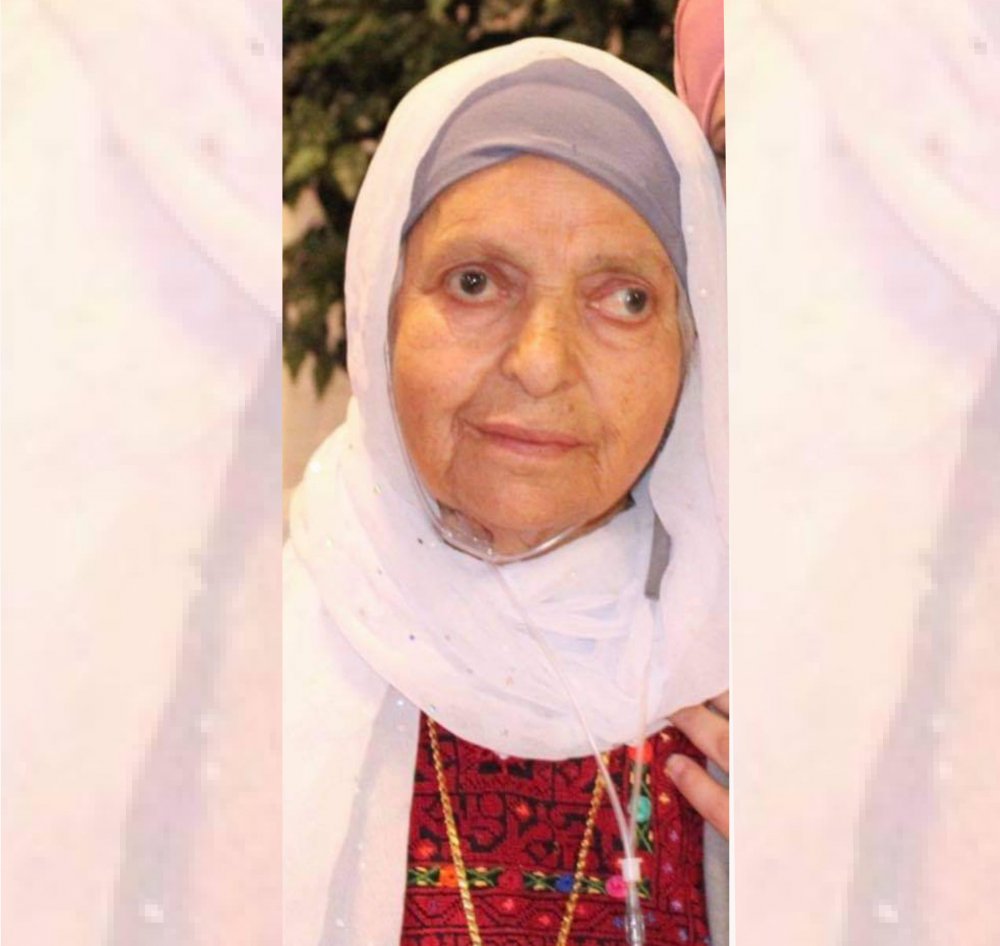 Sitti (who was born in the Old City of Jerusalem in December 1948 and died in Jerusalem in June of 2021) was from a village called Beit Hanina, which is a Jerusalemite village that was occupied by Israel in 1967, when the village was divided into two parts. One part was unilaterally incorporated into the newly expanded boundaries of Jerusalem, meaning it became part of Israel; the other part was considered to be part of the occupied West Bank.

As a result of this division, Israel conferred two different legal statuses on the residents of this village: Those living on the part that fell within the Israeli-imposed municipal boundaries of Jerusalem were declared permanent residents of Israel; those living on the part outside the boundaries were declared West Bankers (meaning that they lived in areas that were under Israeli military occupation).

My grandfather, Sitti’s husband, emigrated to the United States in the early 1960s to chase the American dream. Sitti, only 24 years old, found herself alone in Arab Jerusalem, a single mother of three. She needed to find a job to support her family.

Sitti worked several jobs. In the summers, she harvested figs, grapes, and apricots from her land and sold them in the Old City of Jerusalem. She was also a thobe (traditional hand-embroidered Palestinian robe) dressmaker.

After a while, she chose to become a professional thobe maker. Sitti was one of the top thobe dressmakers back then. As her job required, Sitti traveled a lot between Palestinian cities. Her daily walks sometimes took her from Beit Hanina, where she lived, to Ramallah and back, a distance amounting to about 10 miles or more.

Sitti was one of the top thobe dressmakers back then.

In June 1967, Israel announced a one-day military curfew for the purpose of conducting the census. Sitti does not remember the exact date. She did not know about the curfew, and she says that maybe she was out of her village at the time of the announcement. She does not remember or think it is important to remember, as she does not recall remembering any other curfew announcement. She added that maybe it happened because she always used to leave the house before sunrise; she learned about the curfew when it was too late.

Sitti told me the most terrifying memory of her story is that no one was allowed to move. Israeli soldiers were all over the country, pointing guns and shooting towards any moving object. Her three children were home alone. She could not go home, and she did not know what to do to make sure her children were safe.

She therefore had to spend the night in a client’s house in al-Janiya, a Palestinian village in the Ramallah governorate located 8.5 kilometers west of Ramallah.

The Israeli census started. The Israeli military would knock on the door, but not opening it, or refusing to be counted, was not an option. If there was no answer, they stormed into the Palestinian houses and started counting “heads.”

Sitti had to hide when the soldiers broke into the house where she had spent the night. Sitti told me that she hid to protect the woman who hosted her. Sitti thought maybe if the Israeli soldiers knew that this woman had sheltered her for the night, she would be in trouble or get arrested.

After the curfew was lifted, Sitti ran back to her own home and her children. She describes this night as the longest night ever; she did not close her eyes for even a single minute.

She learned about the curfew when it was too late.

A couple of weeks after the curfew, Israel started issuing identification documents (IDs). During a visit to her cousin who was living in the part of Beit Hanina that fell within the Israeli-imposed municipal boundaries of Jerusalem, Sitti’s cousin’s son told her that people who had been counted in the census had been able to apply for blue IDs, which conferred the status of Israeli permanent residency. Jumping from one conversation to another, her cousin’s son told her that all Palestinians must apply for an ID from the Israeli offices located somewhere in Jerusalem.1

Sitti took her cousin’s ID and went to the office, following her cousin’s son’s directions. She asked the employee there to give her an ID after explaining the reasons behind not having been counted already.

The employee issued her a blue ID and three birth certificates for her children. This means that Sitti and her three children were granted Israeli permanent-resident status and were counted as living “legally” within Israeli municipal Jerusalem.

Sitti was happy that she managed to receive the ID and birth certificates. She bought some sweets from the Old City of Jerusalem and went back to her cousin’s house to celebrate and also to return her cousin’s ID.

A couple of weeks later, Sitti noticed something weird. All the people in the part of the village in which she lives (the part of Beit Hanina that was considered West Bank, “outside” the Israeli-imposed municipal boundary of Jerusalem) had been issued orange IDs, not blue. Curious, Sitti started asking her neighbors to show her their newly issued IDs; they were all orange.

Once again, Sitti took one neighbor’s ID and went back to the Israeli interior ministry office in Jerusalem. Sitti showed the employee the two different IDs (her own, blue, and her neighbor’s, orange) and innocently asked why her ID was different from those of her neighbors. “I belong to this community. I do not understand why you gave me a different color,” she said.

“I do not understand why you gave me a different color.”

The employee took Sitti’s blue ID and all the birth certificates from her and gave her a paper and referred her to the Israeli Civil Administration office in Ramallah, where she was issued an orange ID.2

As a result, today, Sitti and her children and their children—like all Palestinians living in the occupied West Bank—are considered “foreigners” in Jerusalem, according to Israeli law. They are not allowed to enter the city without an Israeli entry permit (see Jerusalem: A Closed City).

All her life, Sitti believed she was “naive” for not choosing the right color—for revoking her own status and excluding herself from the city of her birth, Jerusalem.

The Ministry of Interior branch office, which was very new and disorganized at the time.

In the mid-1990s, after the Oslo Accords were signed, all orange IDs were replaced with green IDs issued by the Palestinian Authority under the auspices and with the approval of the Israeli COGAT.

What does Jerusalem mean to Palestinians who identify as Jerusalemites? We posed this question to more than a dozen Jerusalemites worldwide.

A photo album of the Meo family business, a Jerusalemite Old City landmark for 124 years