The Day I Forgot My ID Card

An outing to the woods to escape lockdown serves as an inescapable reminder that lockdown for Palestinian Jerusalemites is not a temporary condition. A true story shared by a Jerusalemite who prefers to remain anonymous.

I am a Palestinian Jerusalemite woman. I come from a long line of Jerusalemites. My ancestors lived in Jerusalem since the late 1890s. I still hold the same family name that was given to us more than 100 years ago.

According to Israeli law, Palestinian Jerusalemites are required to carry their identification cards (ID, or hawiyya in Arabic) 24-7, even while we are sleeping. This is in case Israeli soldiers break into our homes to interrogate or arrest us in the middle of the night, which is not an uncommon occurrence. Then we need to grab it before they grab us. I might be exaggerating a bit here. Soldiers do not take IDs with them at the time of the arrest; they only take the person. I am just trying to reflect our reality: By law, we are not allowed to move without holding a government identification card. If we do, and we are caught, we might be arrested.

All my life I carried my ID. Until one day, I forgot. 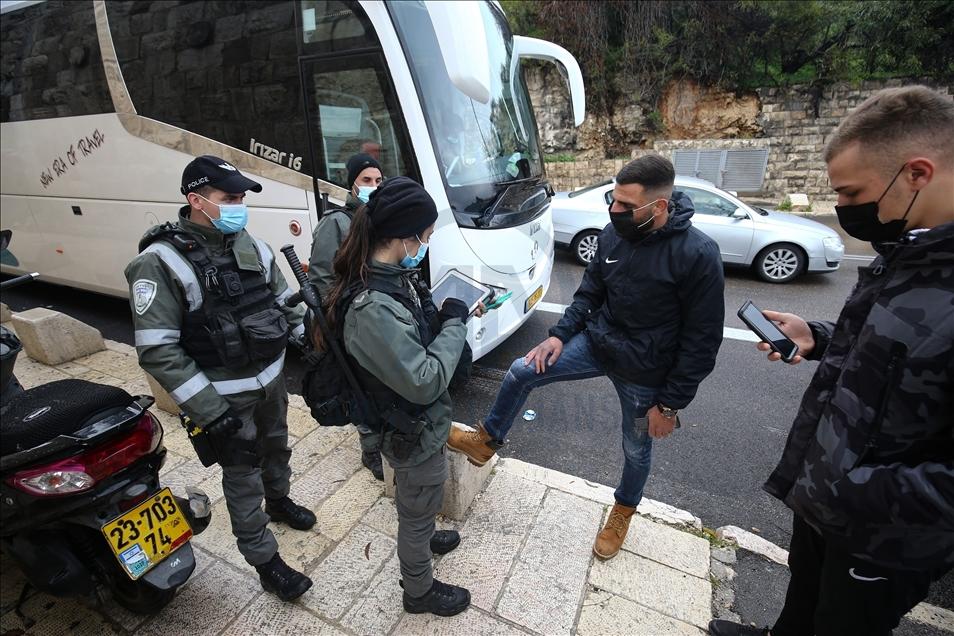 By law, we are not allowed to move without holding a government ID card.

The city was just released from its third lockdown for the coronavirus pandemic, and I was exhilarated to be able to leave the house. When friends asked me to join them for an outing to some nearby woods, I immediately said yes. Perhaps my excitement led me to forget it. We packed some snacks and met up to drive together for about 20 minutes to the woods belonging to the destroyed village of ‘Ayn Karim, hoping to find comfort and escape locked doors during these uncertain times.

When we got close to the spot where we usually relax, we saw a police car blocking the way. We stopped and asked the police if the area was open, and if we were allowed to continue.

The officer said, “Yes, it is open, but you need to show me your ID cards first.” We were three women in the car, and for some reason, I did not have my ID card on me. When I said as much, the officer asked me to step out of the car and go over to the officer sitting in the police car.

With considerable trepidation, I got out of our car and approached the police car. The officer asked me to give him my ID number. While I was unlocking my mobile phone to get the number from the Notes application where I keep it, he shouted, in Hebrew, “You don’t know your ID number by heart?”

I answered, “No, and I never will. I have more important things to remember by heart— history.”

This, of course, raised a red flag, and the officer no doubt thought to himself, “For sure she will lie and provide someone else’s ID number. I will bust her for that.”

Here in Jerusalem, it is unusual for people not to know their ID numbers by heart. Every 16-year-old knows; the moment they first get issued their new ID card after turning 16, they memorize the number. But although I have an excellent memory, I never did. Perhaps it was my own way of bucking the system.

While I was looking up my ID number, the officer pulled out a fancy iPad. I managed to glimpse the screen during this moment, so I could see that as I read out my number, he entered it on his screen and clicked “Enter.” Immediately, my picture popped up—the same picture that is on my ID card. I was so angry with myself for wearing an ugly orange shirt the day I was issued my ID card and the picture was taken. I love all colors and I don’t have a favorite color, but believe me when I tell you, it was ugly.

So even without my physical ID card, just with the number, the officer had all the information about me at his fingertips. But not just me. 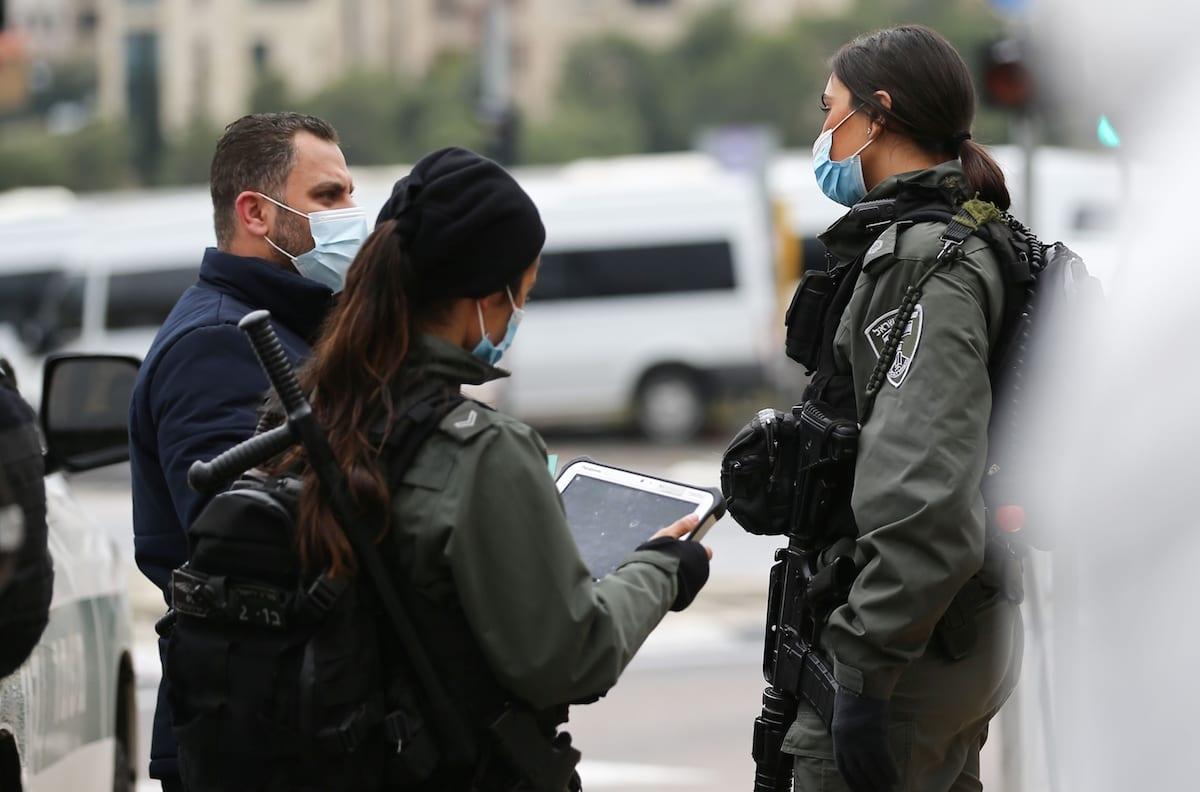 So even without my physical ID card, just with the number, the officer had all the information about me at his fingertips. But not just me. He started scrolling left, and I saw all of my family members’ pictures. It looked like a collection of stamps.

He scrolled back to my picture. When I saw the ugly orange again, I said, “Stop showing me this ugly shirt!”

He looked at me and said, “It is illegal to sneak a peek at the police computer,” and moved the monitor away so I could no longer see it. I told him, “I was not sneaking; I was the one who drew your attention to the fact that I was looking!”

Then the next part of the investigation started. He wanted to prove that I am not the same person he saw on the screen; that I gave him someone else’s ID number. I renewed my ID just over a year ago, so my ID photo is very recent. I looked exactly the same as the ID photo. But the photo was not convincing enough to this officer. He asked my name, place of birth, address, and how many siblings I have. I answered all of his questions quickly and without hesitation.

He continued, asking about my mother’s and two of my siblings’ birth dates.

I again answered very quickly and without any hesitation.

He looked at me and said, “You did your homework.”

I answered, “Homework? You mean I bought birthday gifts for my family on time.”

He scrolled again and asked about my brother-in-law’s name.

He asked about his date of birth.

I answered this correctly also.

He looked at me again and said, “This is weird. Why do you know your brother-in-law’s birthday?”

I said, “We celebrate birthdays. Don’t you?”

The officer finally lost hope to play superhero and arrest me. He then said, “You can go.”

Later that day, we were approached by another officer who also questioned us while we were relaxing on the benches. We were stopped again by a third police car when leaving the woods.

Being stopped and questioned three times in less than four hours must be an Olympic record. Don’t you think? And that would happen on the day I forgot my ID card . . .

We review the book Feast of Ashes, by Sato Moughalian, which chronicles the origins of the Armenian ceramic tradition in Jerusalem, first introduced there by the author’s grandfather, a refugee from the Armenian genocide.

The Jerusalem Arab Film Festival (JAFF) opens the Screens of Hope and Imagination with exquisite films from the Arab region.