After Four Days of Lockdown, a Jerusalem Refugee Camp Calls for Civil Disobedience

The Shu‘fat refugee camp is a unique place. Literally a few miles away from the Old City of Jerusalem, this Palestinian refugee camp was established by the United Nations in 1965 in order to provide improved housing for the roughly 500 Palestinian refugee families who were living in Mu‘askar camp in the Old City of Jerusalem at that time. The focus of continued Israeli repressive attempts, it has nonetheless survived and flourished.

Israel unilaterally extended its law and jurisdiction over the camp as part of the illegally expanded boundaries of the Jerusalem municipality in 1967, meaning that the residents were entitled to permanent residency and Israeli IDs while also being obligated to pay Israeli taxes (see Precarious Status). In 1980, the camp along with the rest of the areas within these expanded boundaries were illegally annexed through the 1980 Basic Law: Jerusalem.

The population of the camp exploded as it became a magnet for Palestinians who wanted to retain their legal status or healthcare benefits but could not afford to live elsewhere in Jerusalem. 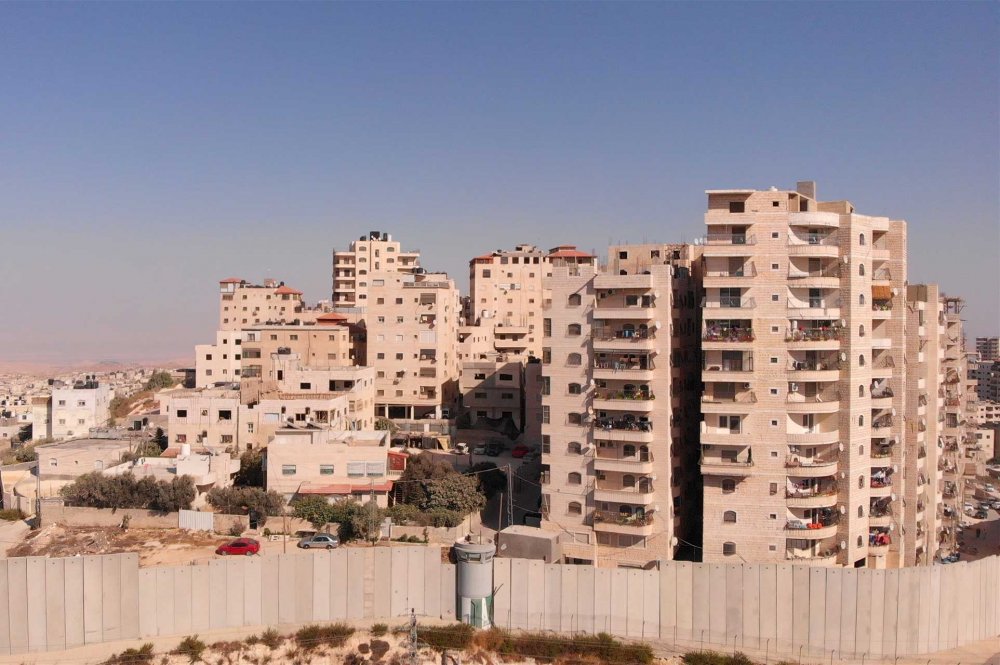 Shu‘fat refugee camp as seen from the air, with the Separation Wall snaking right along its edges

In 2003, when Israel built the eight-meter-high cement Separation Wall, it made sure to route the wall so the camp was excised from the city, separated from Jerusalem, leaving all of Shu‘fat with very restricted access to Jerusalem. On the West Bank side, the roads are open to the rest of the West Bank, but on the Jerusalem side, any effort to enter the city—their own city—is restricted to a humiliating single Israeli military checkpoint.

The refugee camp today is officially said to house 60,000 residents1 (these are official Israeli data from 2019) but in reality, many more people are crowded in this camp (Palestinian estimates are as high as 100,000) because of the convoluted Israeli regulation that requires Palestinians who qualify for social services to be able to prove that their “center of life” is in Jerusalem.

While the camp is beyond the wall, Israel has not relinquished its legal sovereignty over the camp, even though the municipality has been entirely negligent in providing fundamental basic services and also bans the Palestinian Authority (PA) from any involvement in the neighborhood, because the camp is inside the municipal boundaries. The only organization providing services to the camp is the United Nations Relief and Works Agency for Palestine Refugees in the Near East (UNRWA), and these are only modest education and sanitation services. As a result, the camp suffers problems with water supply, sewage and drainage (sewage runs in the streets), garbage disposal, unpaved roads and road repair, schools, emergency services, and a lack cultural activities and recreational spaces for children and youth, as well as high rates of crime and drug use.

The municipality has been entirely negligent in providing fundamental basic services.

Over the years, Shu‘fat camp has been the center of Palestinian nationalism. Local reports indicate that 70 Palestinians from this camp have been killed by Israelis since the start of the First Intifada in 1988. Currently, 120 Shu‘fat camp residents are in Israeli jails.

The camp’s single Israeli checkpoint has been a regular basis for acts of resistance. The past three months have seen a large increase in Israeli incursions into Palestinian cities, especially Nablus and Jenin, leaving 120 Palestinians killed since the beginning of 2022.

The Palestinian anger at the Israelis coupled with the absence of a political horizon has escalated the feeling of frustration and has been a major source of the current violent acts of resistance. 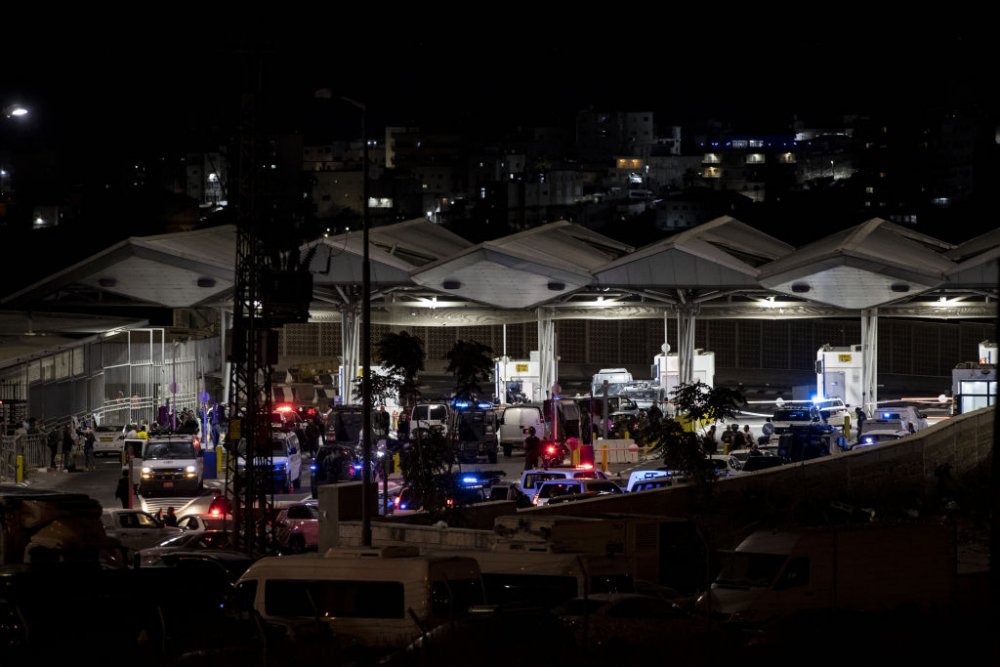 The scene at the Shu‘fat checkpoint on October 9, 2022, when a gunman fired at Israeli soldiers, killing a female and wounding three others

On October 9, a resident of the Salam neighborhood, a newly established quarter (ironically called the peace neighborhood) just outside the camp, was driven up to the checkpoint, where he opened automatic fire on Israeli soldiers stationed at the checkpoint, killing one female soldier and injuring three others. He then escaped and has since eluded capture, triggering a massive manhunt.

Israel placed the entire camp under a tight lockdown, barring the population from movement by closing the checkpoint as well as a number of other checkpoints that are crucial to the ability of Palestinian Jerusalemites to reach their work, schools, and holy places in Jerusalem. 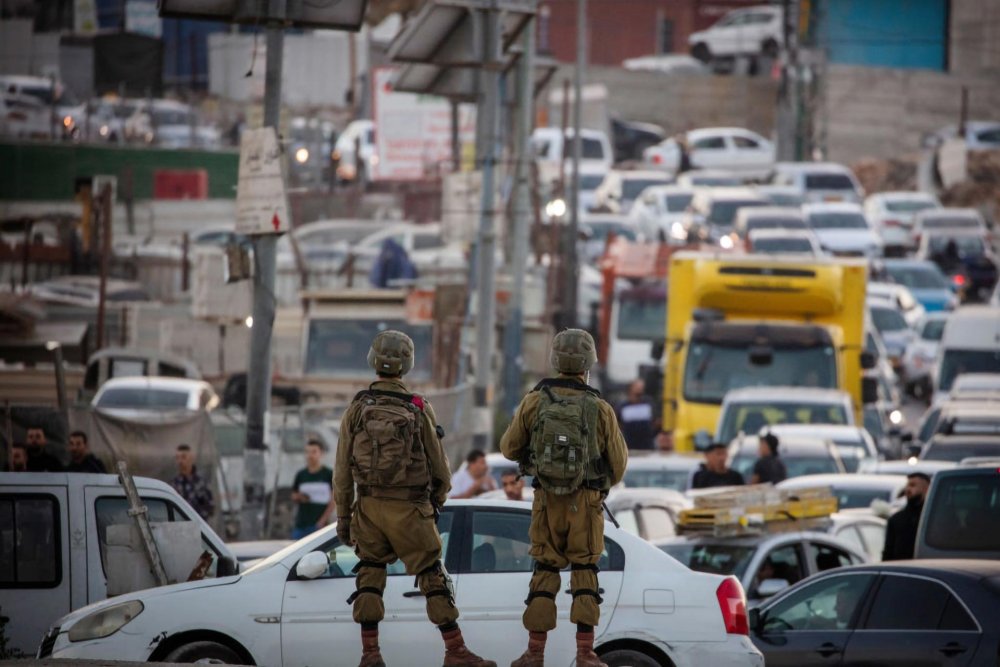 Israeli soldiers close the military checkpoint that provides the sole point of access for the tens of thousands of Shu‘fat camp residents to Jerusalem. The checkpoint was kept closed for several days. 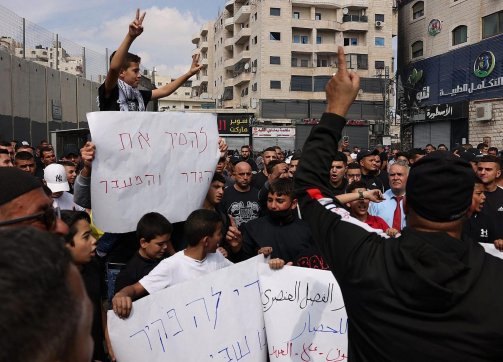 Residents of Shu‘fat refugee camp protest in response to the multiday lockdown of their camp that prevented them from reaching the city, including their jobs, schools, healthcare, families, and more. The camp issued a call for a civil rebellion. 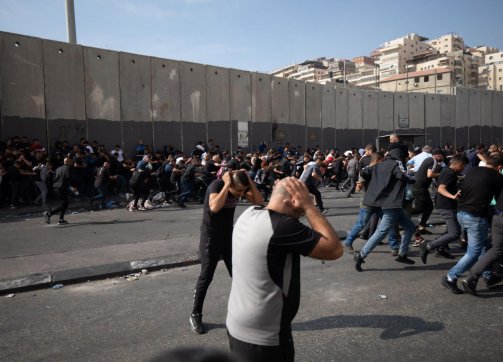 Residents of Shu‘fat refugee camp protest in response to the multiday lockdown of their camp.

On the fourth day of the lockdown, local leaders in Shu‘fat camp met and made some important decisions. The pro-Fatah daily newspaper al-Hayat al-Jadida led with an eight-column headline in red stating “Shu‘fat camp residents declare civil disobedience.”

Since many of the camp’s residents work in Jerusalem and Israel, the nonviolent action is meant to send a strong message to Israelis that the people of Shu‘fat camp will not remain quiet and submit as they are being collectively punished. 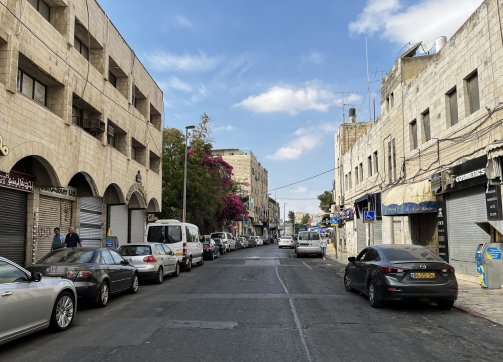 Palestinian East Jerusalem shopkeepers responded to the call coming from the camp by going on strike. Most stores were shuttered on October 12, 2022. 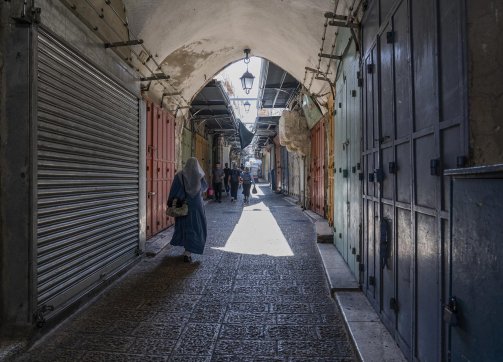 In support of the call for civil disobedience, Palestinian schools and shops in East Jerusalem decided to go on strike on October 12 in solidarity with their sisters and brothers in Shu‘fat camp. The same took place in the nearby Qalandiya refugee camp, which also has been suffering due to the Israeli decision to close the all-important Qalandiya checkpoint (the only checkpoint that Palestinians holding PA IDs coming from all the areas of the West Bank north of Jerusalem are allowed to use to enter the city), as well to bar Shu‘fat camp residents from circumventing the closure of the Shu‘fat checkpoint.

It might be difficult for a single Palestinian refugee camp to cause major harm to a European-style Israeli economy, but the choice of a nonviolent protest is a sign of maturity and a rejection of an armed resistance, which could have caused many more deaths and immense harm to the Palestinian population.