“From Nahda to Nakba: The Governmental Arab College of Jerusalem and Its Palestinian Heritage in the First Half of the Twentieth Century”

A study of the Governmental Arab College of Jerusalem (formerly called the Men’s Teacher Training College), which in its short 30-year life span managed to produce some of the most important Palestinian politicians, activists, and academics of the 20th century. Its role was particularly significant given that, unlike the Jews, who were permitted by the Mandate authorities to establish the Hebrew University of Jerusalem, Arab educators were not given this opportunity. 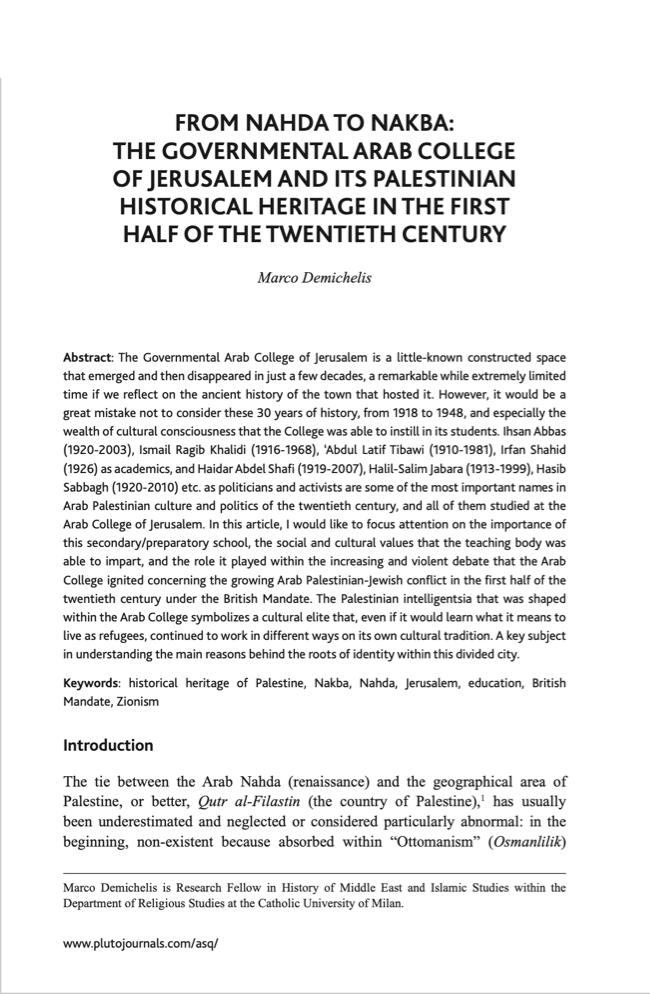