Residents and visitors might have caught a glimpse of this Santa, towering as he does above most people at six feet, three inches tall.

His name is Issa Kassissieh, and he’s the only certified Santa Claus in town. He embraced the role many years ago when he happened across an old Santa suit that his father had used to dress up in when Issa was a child.

He then hired a camel and used it to ride around, spreading excitement among the children.

The role pleased him so much that he actually created a “Santa’s House” on the first floor of his family’s centuries-old home.

In 2016, Kassissieh headed to Denver, Colorado, to train at the Professional Santa Claus School there—the first Arab ever to do so.

In 2018, he continued his training at the Howard Santa Claus School in Michigan (est. 1937). “It’s a famous school founded 83 years ago, which trained more than 5,000 Santas,” he explains. “They told me, ‘You’re the first Santa from the Middle East and the Holy Land.’”1

And this is how a Palestinian Jerusalemite whose family has been rooted in Jerusalem for nearly 1,000 years made Jerusalem the city with the first Santa Claus in the Middle East. 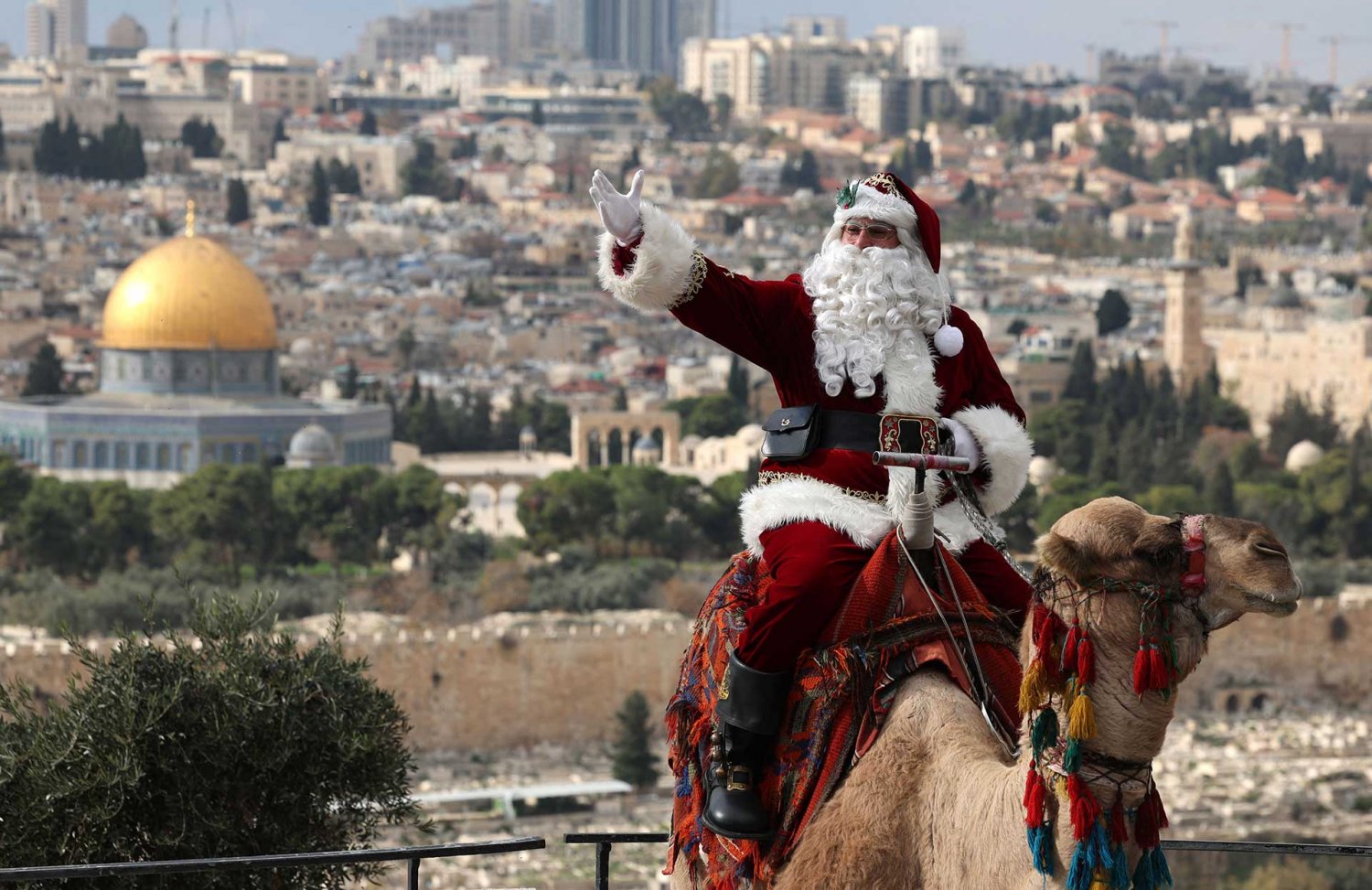 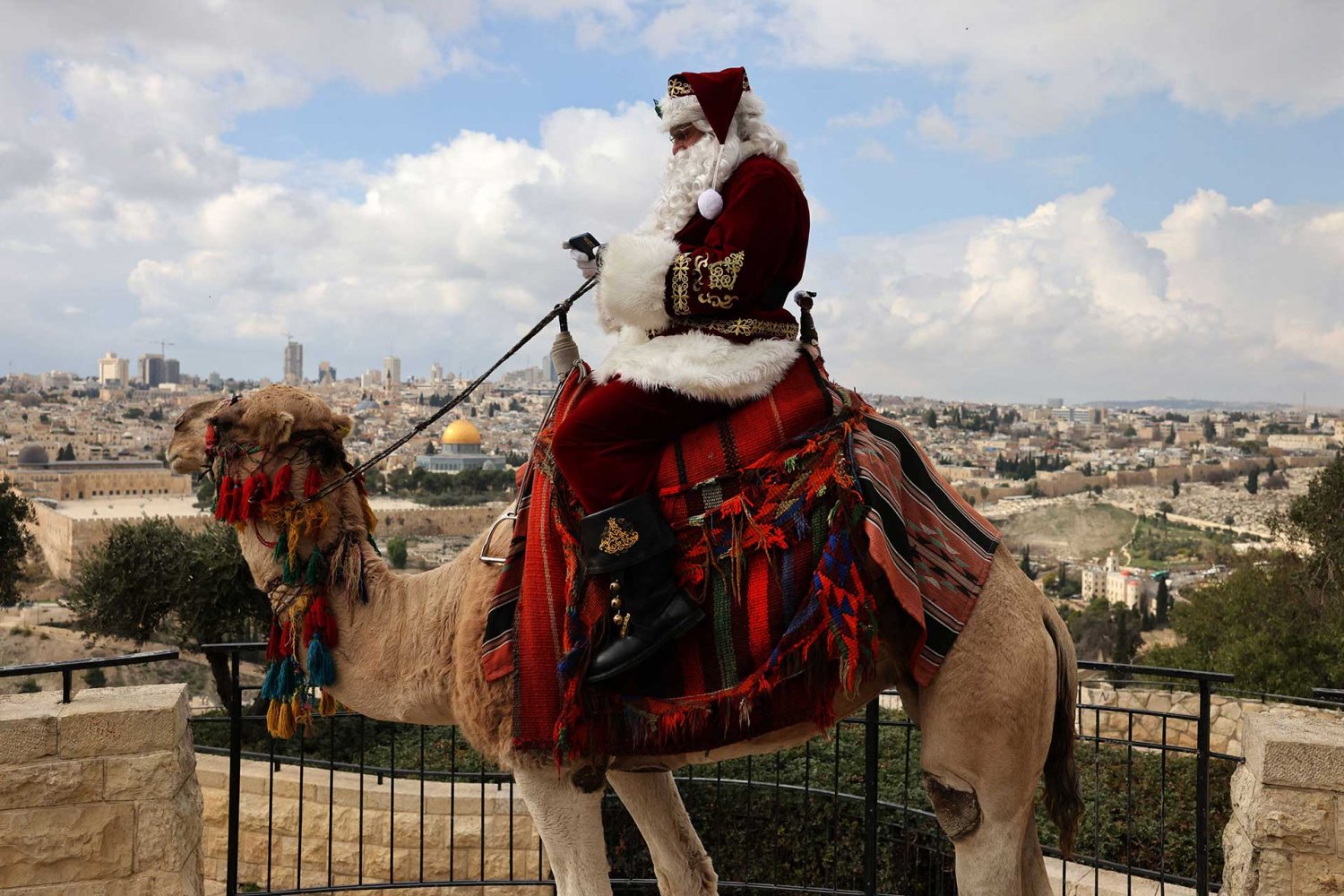 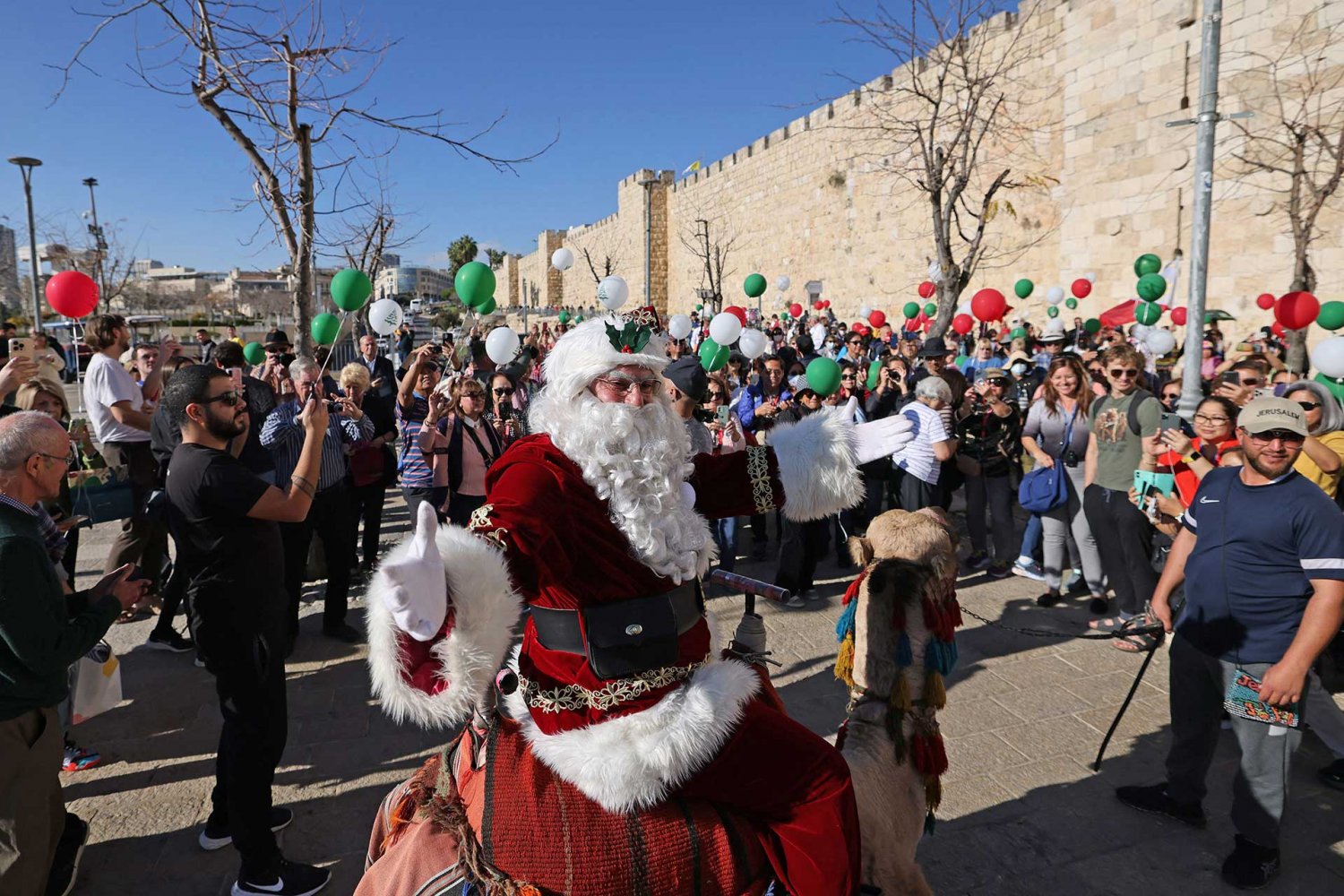 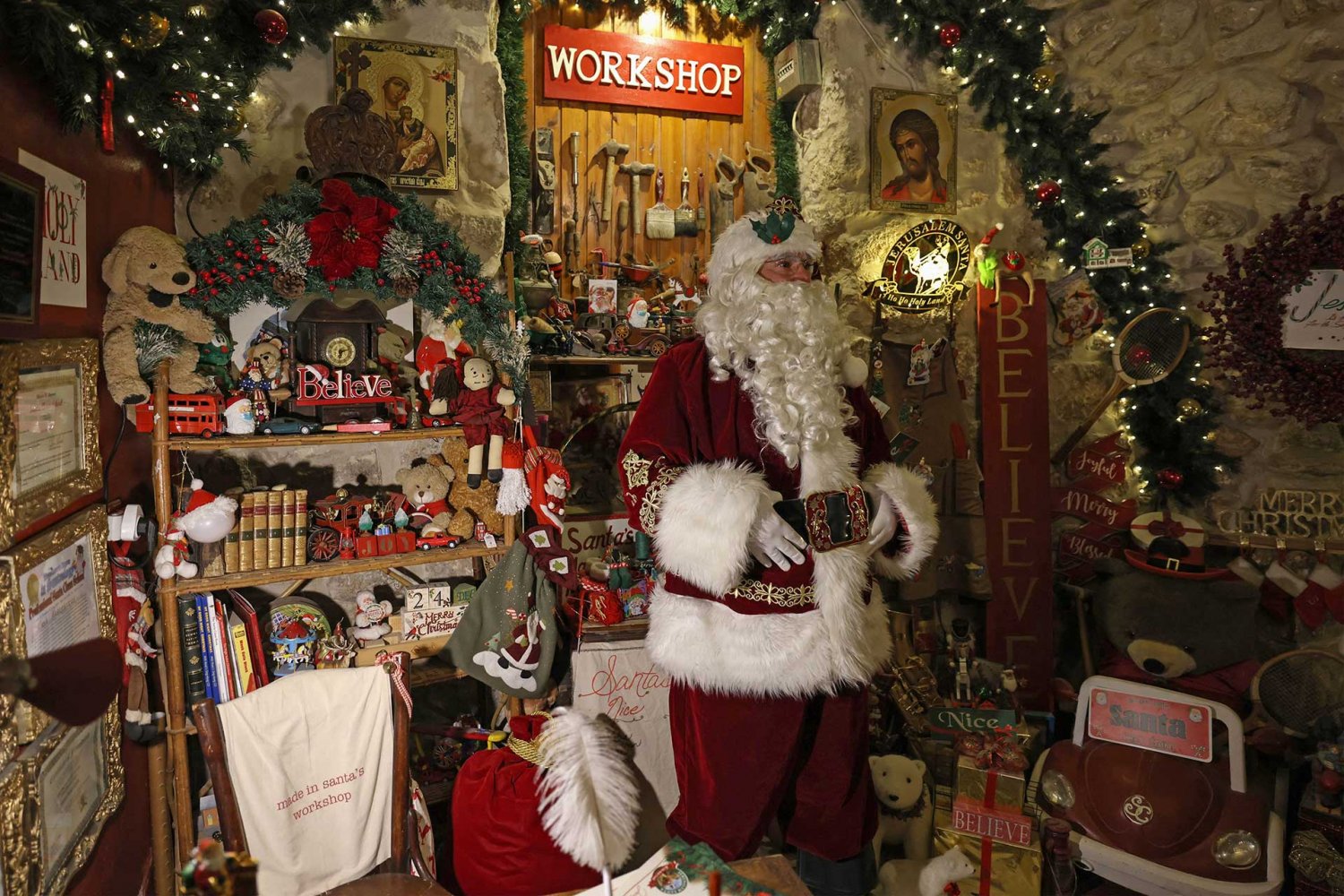 Issa Kassissieh, Jerusalem’s Santa Claus, pictured in the workshop area of the “Santa’s House” he created in his family home in the Old City on November 30, 2022 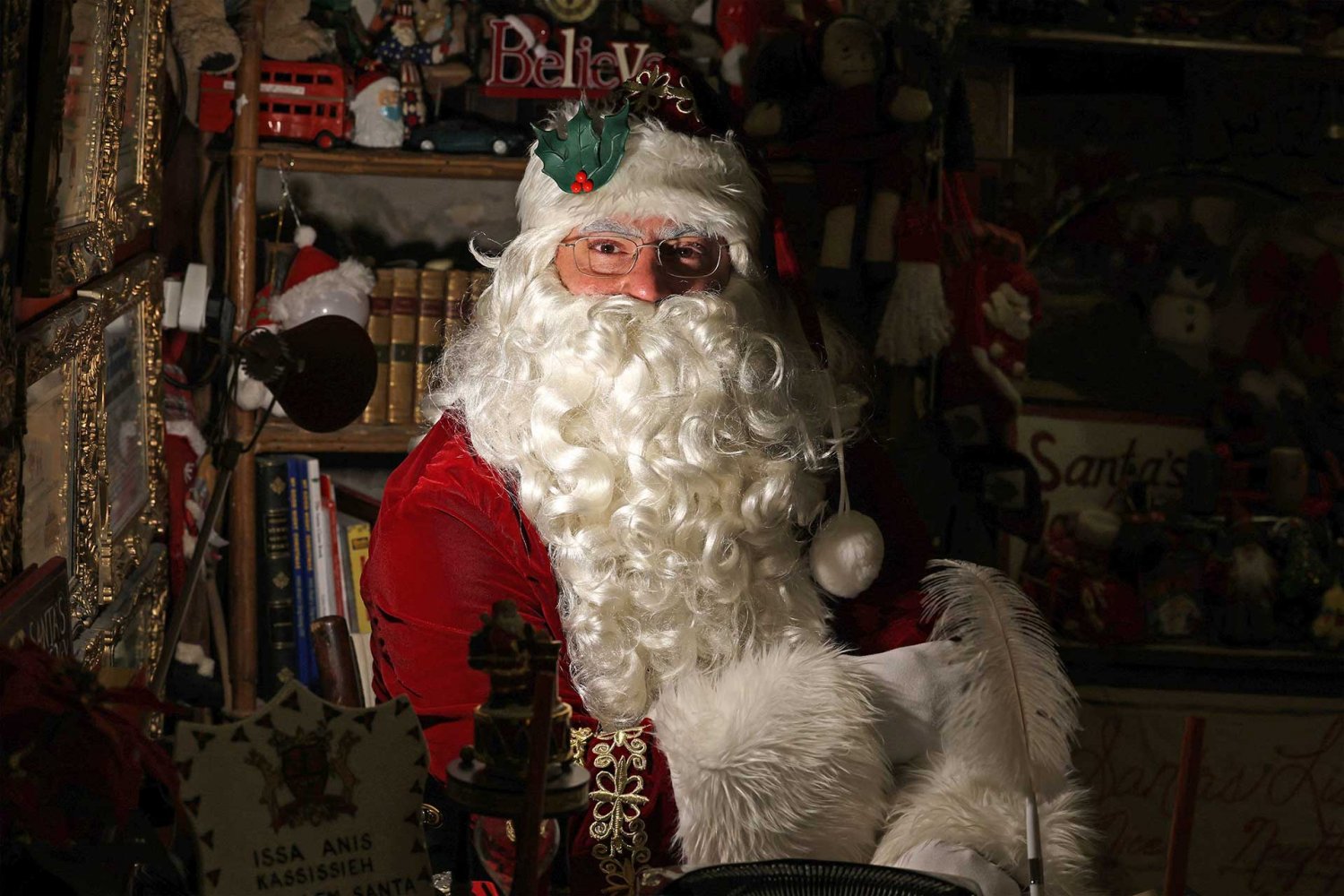 Issa Kassissieh, Jerusalem’s Santa Claus, pictured in the “Santa’s House” he created in his family home in the Old City on November 30, 2022