Salim al-Husseini, mayor of Jerusalem between 1879 and 1897, built the palace that is now Dar al-Tifl Institution in Sheikh Jarrah.

Al-Husseini was the father of Musa Kazim and Hussein, both of whom assumed the post of mayor of Jerusalem after their father. Hussein, the younger son, surrendered Jerusalem to the British on December 9, 1917. He was also the great-grandfather of Faisal al-Husseini.

In addition to serving as mayor of Jerusalem, al-Husseini was a member of the Administrative Council of Jerusalem.

He introduced many improvements to the city. For example, he built the public sewage system in the Old City of Jerusalem and paved the streets; installed the first streetlights; and planted trees along Jaffa Road. He also improved the cleanliness of the city by hiring the first garbage collectors and limiting the access that animals had to many streets in the city, reducing the accumulation of their droppings.

Al-Husseini was the patron and close friend of Wasif Jawharriyeh, a Greek Orthodox Arab and Jerusalemite who was a self-taught chronicler and musician who left behind a prodigious diary. Jawharriyeh’s father also worked for al-Husseini and served on the municipal council under him. In his diaries, Jawharriyeh recalled that al-Husseini was much beloved by the fellahin. He was popularly known as al-Shakir, the Benefactor.

A long-serving mayor and property owner, al-Husseini changed the face of the city.

Al-Husseini was a landowner with access to properties. His brother Rabah was the first family member to build a house in Sheikh Jarrah—it later became the iconic American Colony Hotel—and in 1882, Salim built a palace in the Sheikh Jarrah neighborhood of Jerusalem for his family next door to his brother’s house. By 1894, the Husseini family had six houses in the neighborhood, and it became their stronghold.

A formidable figure who dedicated her life to the care of orphans, education of girls and women, preservation of Palestinian culture, and social service

The Neighborhood in “Newer Jerusalem” 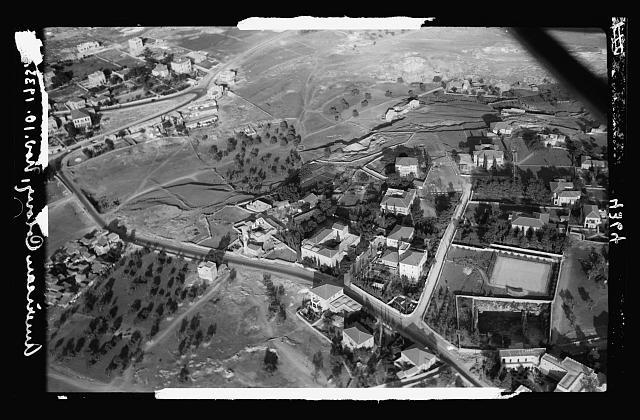 The Matson Collection, Library of Congress

Al-Husseini passed away in 1908. He is buried in the Sheikh Jarrah neighborhood of Jerusalem, reportedly nearby the American Colony Hotel.

Library of Congress. “The Surrender of Jerusalem to the British December 9th, 1917. Hussein Selim el-Husseini Who Surrendered Jerusalem.” December 9, 1917.

A formidable figure who dedicated her life to the care of orphans, education of girls and women, preservation of Palestinian culture, and social service

Americans are heavily involved in settler aggressions against Palestinians in Jerusalem that result in their dispossession.