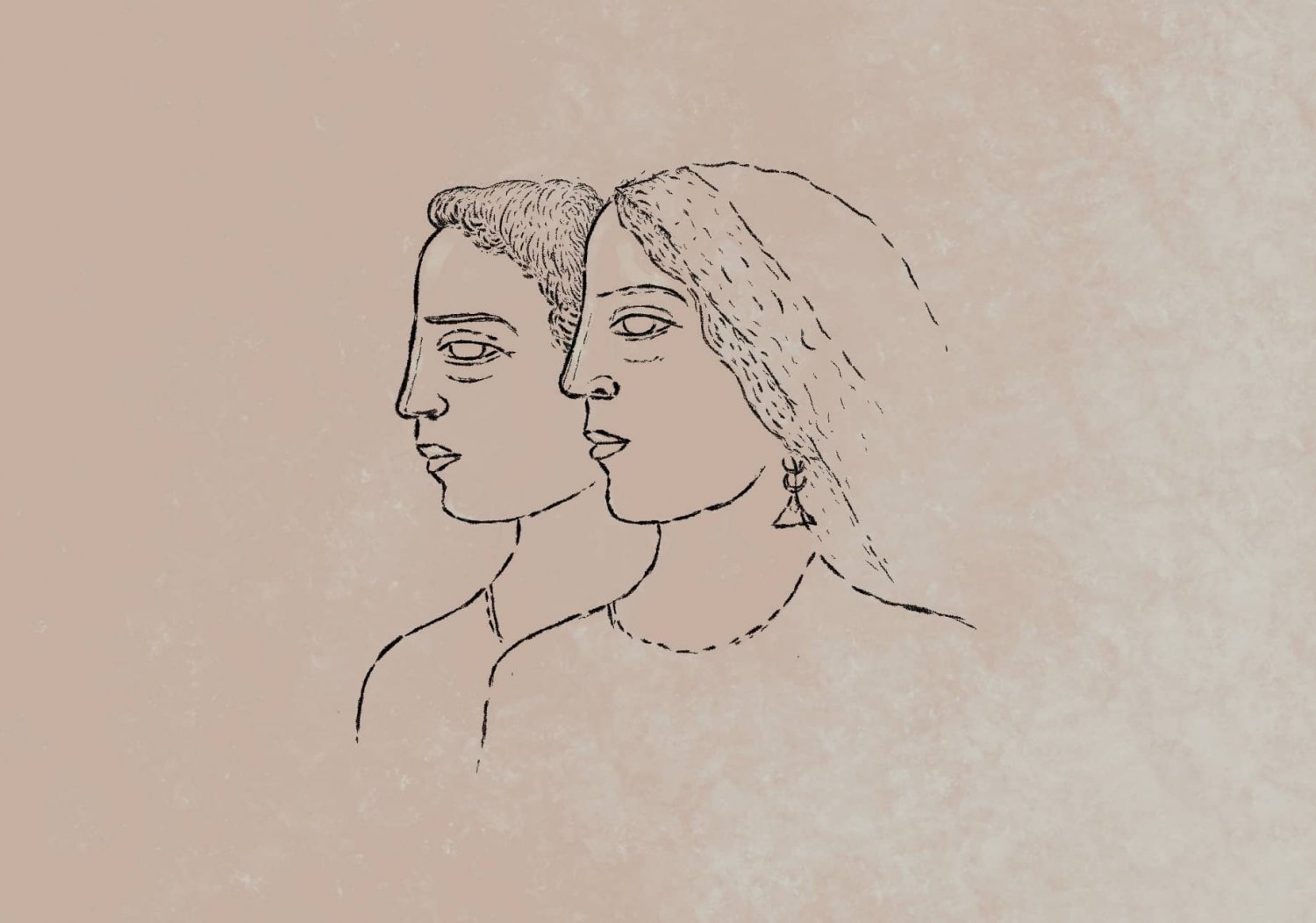 “We Are All Mikey”

A Palestinian Jerusalemite shares his experience leaving the country through Ben Gurion Airport in Tel Aviv.

When I went to Tel Aviv Ben Gurion Airport in October 2021, I did not expect to see so many Arab travelers. I then realized we were not that many. They just lined us up together.

I had booked a ticket to visit my brother, who is studying in Turkey, in August 2021. My brother had fallen from the stairs of his apartment, and he was struggling by himself. This was my youngest brother, and my mother pleaded with me to visit him for a week. Of course, I was aware there would be extra precautions due to the COVID-19 pandemic, and I made sure I had my vaccination certificates, PCR test, and all needed procedures before the set date.

My two brothers dropped me off by the departures entrance and went on their way.

The check-in was still closed when I got there, so I decided to pass by the arrivals hall: It was totally empty. There were no pickup signs, no welcome boards, no people holding flowers or balloons, and no couples embracing. Even the “Aroma Café” kiosk there, which is usually bustling with people, was closed.

I decided to go back to the departures hall and wait there. I saw some masked individuals who walked far from one another. The wait before the check-in opened did not take long, but I had made sure to arrive early because I knew I would be caught up at security. Being a Palestinian from Jerusalem traveling through Ben Gurion Airport, I was aware of the upcoming process. I had mentally prepared myself to remain calm. Like most Palestinian Jerusalemites, I am a permanent resident, not a citizen. Therefore, I did not have an Israeli passport. Instead, I had the only allowed travel document for permanent residents, a laissez-passer, as well as my permanent-resident ID; I knew this meant I would be subjected to an extreme and time-consuming security check.

As a Jerusalemite carrying a laissez-passer, I am not able to check-in in advance or to use the electronic machines. I have to check in face to face with the security team and be subjected to questioning. When my turn came, I presented my laissez-passer and printed ticket to one of the officials checking the passports. There were two of them: a young man and a young woman.

“Wait,” the man said to me the minute he saw my document—without looking at my face. “Dana,” he called out to an invisible woman who was probably standing far away—or maybe she could hear him through the transmitter. “Yesh Mikey akher,” he exclaimed in Hebrew: “There’s another Mikey.”

“Wait,” he said to me again—in English. “Wait,” he repeated, although I had not moved at all. 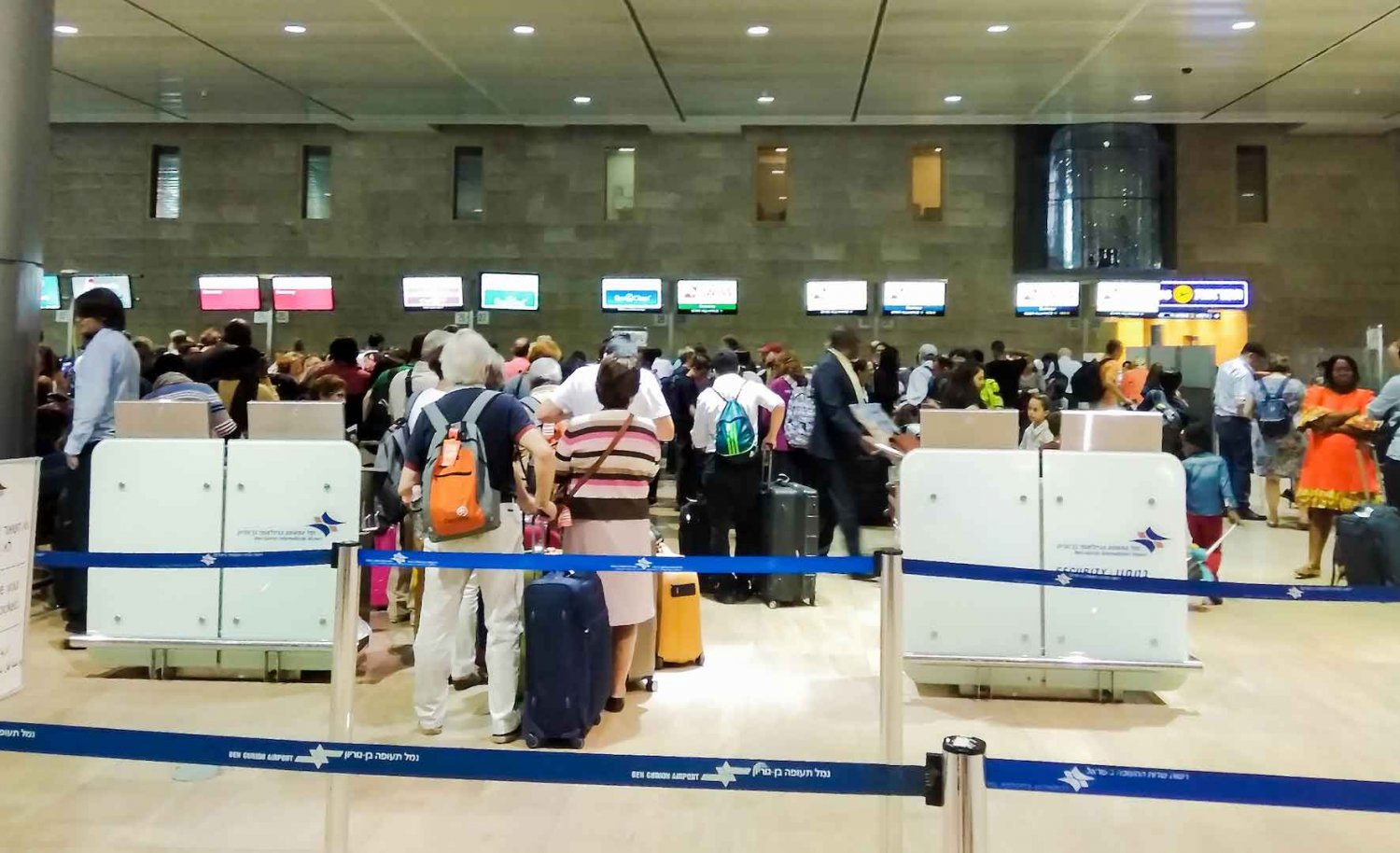 After about five minutes, Dana showed up. Her shirt was very well-ironed, and her nails were long and freshly painted neon pink. She had a lanyard draped around her neck, almost like a sports referee, but her stance was very rigid and severe.

“Where you from?” she asked me, and then proceeded with the usual questions I was familiar with; questions about my suitcase, if anyone had helped me pack, if anyone gave me something that could potentially be an explosive, or if I had gifts for anyone. I knew better than to admit that my wife helped me pack the bag, or to mention that I had some za’atar and sumac for my brother in Istanbul. After the usual questions, most of which I simply said no to, I was allowed to pass through.

After walking a few steps, I was asked to stop and wait on the left side. “Mikey,” I heard one of the guards say to the other as I joined the line on the left, where a few Arabs were standing.

“Mikey,” I heard one of the guards say to the other as I joined the line on the left, where a few Arabs were standing.

The Line Was Full of Arabs

As I waited on the left side, I could no longer see all the other travelers passing through. Instead, I saw my own line piling up with more passengers, and funny enough, they were all Arabs.

At first, there were four persons behind me, but the line quickly grew. Soon after, I glimpsed a woman on a wheelchair, in the same line behind about 12 men, whose presence brought some chaos. Her wheelchair was taking up space, and the spot where we were standing did not have enough room for it. “Why didn’t you tell them you needed to be in the special needs area?” One guy asked her in Arabic. “Jarrabet yamma” (“I tried, Mama” [the fond moniker that a mother would use to speak to her son]. She indicated that the security guards were about to let her enter through the special needs gate, but once they saw her document, they demanded that she go to the left with the “others.” It seemed as if the special needs gate did not apply to those of us with special status.

“Aud ekhad Mikey!” I heard one of the security officers shout out. “Another Mikey.” I kept hearing the name “Mikey” back and forth, until I realized something: I was a Mikey. We were all Mikey—all of us with the Jerusalem residency cards. We were burdensome because the process for us would entail a more intensive security check.

After we had stood in place for about 15 minutes with the security machine visible just in front of us, one of the guards approached and looked through our boarding passes. They were checking whose departure was the soonest. Mine was not, as I had arrived to the airport early, and this meant I would have to wait longer.

As we were waiting on that line, I realized two things: The first was that the airport was not, in fact, full of Arabs, but rather that they had collected all the Arabs together in one line for the intensive security check.

From where we were standing, we could not see the other passengers, all of whom were passing through smoothly with no questions asked. However, we could see some foreigners on the right side who were being interrogated. One of the security persons was asking a Norwegian-looking lady if she was Jewish or not. “Why are you asking?” the lady answered, and they told her to “please just answer.”

As I watched the travelers, I was sure the foreigners we could see probably got a “5” security rating, which meant they would go through questioning and checking. Meanwhile, our line, full of Arabs, was certainly a solid “6”: This meant that every single item in our carry-ons had to be searched.

“Every single item” means anything and everything one is carrying. For me, this meant not only my book but pages inside the book, my money, keys, and glasses. My shoes were taken away, as was my phone. The security (20-year-old men and women) told me I must sit down, with bare feet, and wait for my possessions. One of them hung my travel document behind the machines: It stayed there, out of my reach, for a little over half an hour—along with the documents of some other “Mikeys.”

That was the second thing I realized: That we, carriers of the laissez-passer documents (which Jerusalem Palestinians must use), were referred to as “Mikeys.” I was Mikey, as were the others with this “problematic paper” that entailed an extreme security check. It didn’t matter if the Mikey was a woman or a man; if the Mikey spoke Hebrew or not; if the Mikey looked suspicious or friendly. It doesn’t matter what type of books a Mikey reads, or how much money a Mikey carries, or what type of clothes a Mikey wears, or what a Mikey does for a living. As long as a person carries this type of travel document, this person is a Mikey.

Recovery: Back to Shopping

At some point, as I was waiting for my shoes, the security men grabbed my bare feet and searched them. They then took me to a small room and searched under my pants. They also searched though my hair and my shirt. After this, I was demanded to stand at the machine, where I had to step on two feet-drawings and hold my arms up high.

“OK,” I was told eventually, and was given my travel document back.

I crossed through the terminal and entered the wide area, full of the now-open shops and cafés on the way to the departure gates. For a moment, I did not feel like shopping at the Israeli duty-free market. A part of me felt awkward about shopping in the same place where I had just been strip-searched.

But a part of me wanted to recover from this humiliating experience and resume my agency as a normal human being. The awkward feeling dissipated once I remembered that the deal on cigarettes was good. I also decided to buy perfume for my wife—lest I forget to do that on the way back.

Permanent Resident Status
Case Study Charged with “Security” Offenses for Reporting on a Demonstration, a Photographer Fights to Remain in Jerusalem

A photojournalist is left stateless and in limbo as Israel repeatedly rejects his applications for status and tries unsuccessfully to deport him.

Dunya’s dream of embarking on a new life with her Jerusalemite husband becomes ensnared in Israeli bureaucracy and endless waiting for legal status.